August Theme: What doesn't kill you, only makes you stronger...

For me, being a writer was never a choice. Like most authors, it is something engrained deep inside my DNA. It’s what makes me who I am. After I wrote my first manuscript, it got rejected so many times I began to lose count. So when I found an agent, and subsequently signed a two book deal with Orchard Books, it was the most amazing thing that had ever happened to me (and still is!), but it was a bitter/sweet experience because around that time my Myalgic Encephalopathy took a turn for the worse.

I’d been suffering with M.E for about two years, but for some reason it decided to flare up at the worst possible time. Things changed fast. I stopped going out. I could no longer do the things I enjoyed like going to music gigs or to the pub with my friends. I found it hard enough working part time at my local shop, let alone finding the energy to write a novel! Before I met my agent, I wrote whenever I was feeling well, and even when I wasn’t, I’d simply curl up in bed and wait until I felt better again.

But I couldn’t do that anymore. Suddenly I had deadlines to meet and revisions to complete. I couldn’t just sit around and take forever to complete my book. I didn’t tell anyone about my illness, not even my agent. I felt ashamed, and worried that people would just think I was being ‘lazy.’ Besides, there were hundreds of authors out there who would have given their right kidney to have their books published, so I didn’t feel like I should be given any special treatment. Although I was pretty much bed-bound at this point, I was determined that I wouldn’t let my illness destroy my dream of becoming a published author.

So, in order to cope, I quit my part time job and became the definition of a struggling author! I developed a strategy where I would rest for a few hours, write for half an hour, rest for another few hours, write for another half hour, and so on… (you get the picture). All my spare energy went into writing the book, and sometimes, because I wasn’t doing anything else but sleeping and writing, my drive and enthusiasm waned. During these times, I found the best cure was chocolate (and plenty of it!) but when this failed, I’d sit and re-read my favourite books. You know, the kind of books that it doesn’t matter how much you’ve read them, each time feels like you’re being taken on a new and wonderful adventure. Books from the ‘His Dark Materials’ trilogy by Phillip Pullman or the Harry Potter series. I’d finish them and think “Wow, I want to write a book as good as that!” and I’d push through the exhaustion and get back on the computer again. 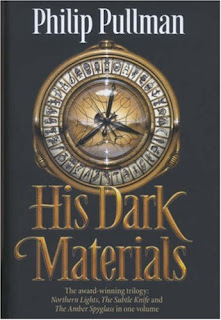 Recently, my M.E has improved leaps and bounds, and some days I almost feel normal again, but I know in part it’s all thanks to my book. Although it was the hardest thing I’ve ever accomplished, it gave me something to focus on, and stopped me from feeling completely useless. And I realised something; sometimes dealing with Illness is a bit like dealing with the struggles of becoming published. It reminds me of the old saying, “What doesn’t kill you, only makes you stronger.”

You might feel like everyone and everything is against you, that your goal is beyond reach, but hopefully, when all the hard work has paid off, you’ll be able to look back on it and smile.