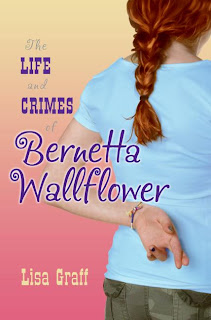 My second published novel, The Life and Crimes of Bernetta Wallflower, about a twelve-year-old girl who becomes a con artist for a summer, has always been very dear to my heart. For one thing, it was my graduate thesis for The New School. For another, I was reading a five-minute snippet of this story at a New School event when my soon-to-be agent sought me out and offered to represent me (that agent, for the record, was Stephen Barbara, who is still my agent and whom I love to pieces). It was also this novel that convinced my soon-to-be editor, Jill Santopolo (see my recent interview with her here!) to sign me for a two-book-deal.

And then . . . the book didn't sell very well. Oh, it sold some copies here and there, but it didn't do well. Not nearly as well as my first book, The Thing About Georgie, which is, in comparison, an extremely quiet book, but has sold shockingly well and continues to do so (not that I'm complaining!). If you had asked me before either book was published which one would have flourished and which one would have ended up dead on arrival, I would have told you the exact opposite.

Shows what I know.

Watching the numbers slowly level out over the months after its publication, I worried that the book's status might soon change into the two letters an author fears most: OP. Out of Print. I started to have nightmares about it--like, literal nightmares. One night I dreamed that the book was going out of print, and since the publishing house needed to clear room in the warehouse, they offered me all the remaining copies of the book at a discounted price (as publishers do in reality, outside the world of dreams). The nightmare really got going when I began desperately struggling to find space for three hundred Bernettas in my studio apartment.

Well, long story short: The book went OP.* And, yeah, I was pretty upset about it. When a book goes out of print, it's easy for an author to get pissed off. It's easy to want to blame the publishers for not marketing it well enough, or the reviewers for not giving it enough attention, or the world for not "getting" what you've written, and especially yourself for not writing something good enough to last the test of time. I've noticed that authors, even very established ones, tend not to talk books they've written that have gone out of print. It's sort of our secret shame, like if the world knew that we'd written an OP book, they wouldn't take us as seriously. Maybe they'd think that all our books should go out of print. 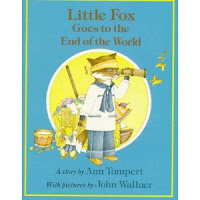 But I think that, for most OP books, it's really no one's fault. Tiny things add up that cause sales to dwindle, or to never take off at all. When I was an editor I saw many different kinds of books go out of print. Award-winning books whose time had passed. Books that once topped the bestseller lists, but had somehow gone out of favor. Quiet books that never quite found the right audience. And, yes, some books that I didn't think were very good in the first place. Some of these OP books I would have predicted. Lots I wouldn't have. 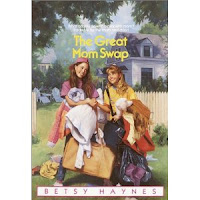 I can also name several books that I loved as a child that are now OP. Little Fox Goes to the End of the World, a picture book I made my mother read me about fifty times a night before I'd go to sleep. The Great Mom Swap, which I read probably twelve times in one summer. Happily Ever After . . . Almost, which was the first book I ever read about divorce, and which helped me understand my own parents' divorce just a little bit better. All of these books meant so much to me when I was a kid, and mean so much to me even now, and so it makes me feel a little better to know that I'm in such good company. The OP Club.

So I'm officially coming out of the literary closet, as it were, and announcing it to the world: My book is OP. I refuse to feel ashamed about it, because I still love that book of mine (goshdarnit), and because I think that going OP is something we authors should really talk about more.

And now I turn it to you guys: What books that you loved have gone out of print?

*The Life and Crimes of Bernetta Wallflower is still, technically, being printed in library binding edition, so it is available in a limited form, but the hardcover is OP and, as far as the publishing world is concerned, it's pretty much a lost cause.