Yes! Moments: How I Lost My Editor and Found An Agent (Christine Brodien-Jones) 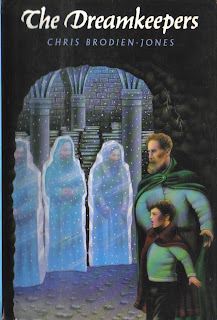 The turning point in my writing career came the day I found an agent. Getting there, however, was far from straightforward.

I started looking in earnest for an agent in 2003, beginning all my letters the same way—“I am a published author in search of an agent….”—though I wasn’t totally convinced I needed an one. After all, hadn’t I sold my first book to Macmillan without an agent? Of course, that had been in 1990…

My novel "The Dreamkeepers" was published in 1992. I was thrilled, envisioning my future career as a children’s author. That wasn’t exactly what happened. A few months after the book came out, Macmillan folded, closing their children’s book department, and my editor moved on. With college looming ahead for my two sons, I did the practical thing and took a full-time teaching job.

Time passed, our sons graduated from college and, encouraged by my husband Peter, I quit my job to write full-time. Peter and I talked about starting our own publishing company, Dreamkeeper Press. (Hey, V. and L. Woolf did it, so why couldn't we?) The endeavor would deplete all the money I’d saved as a teacher, but we were willing to do that. The main thing, we agreed, was getting my books in the hands of young readers. 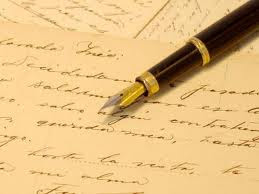 In 2003 I submitted a middle-grade fantasy novel set in Morocco to an editor at HarperCollins. He sent me an old-fashioned hand-written note saying the first three chapters looked intriguing and asking for the entire manuscript. I sent it, but the manuscript quickly bounced back, with a form letter from HarperCollins saying the editor had left the company without having a chance to review it. "Oh rats," I thought, "foiled again!"

Around this time the doors to all the publishing houses were banging shut with loud clangs: unsolicited manuscripts were quickly becoming a thing of the past. I stepped up my search for an agent, suspecting that, in many ways, it was going to be even more difficult than finding an editor.

Then something serendipitous happened. The name of the HarperCollins editor started popping up on the Internet. He’d gone from being an editor to being an agent! By then I was working on a new book, set in a dystopian future, about an owl and a boy who was allergic to the sun. In 2007 I sent a letter to Stephen Fraser of the Jennifer De Chiara Literary Agency. It nearly missed him because the agency was in the throes of moving, but somehow it reached him. He sent back an old-fashioned handwritten note that read: “Dear Ms. Jones, You tracked me down! Why don’t you send me a couple of chapters of your book to read…”

Soon after I sent the manuscript, the telephone rang. It was Stephen, saying how much he loved the book and its characters, and before I knew it I was signing a contract with his agency. He worked hard to find a home for "The Owl Keeper" (the title was his suggestion) with Krista Marino at Delacorte Press/Random House. He also sold my other book to Delacorte. “The Scorpions of Zahir” was the same book I’d sent him all those years ago at HarperCollins.