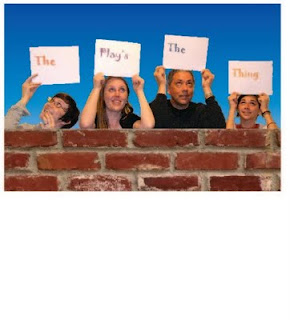 by Naomi Kinsman
There I was, sitting on a windowseat next to an editor, and I saw in her face that she really wanted to like my book. Now, this in itself was a miracle, because editors have plenty of manuscripts to choose from, and stacks more besides. But, this editor stopped and took the time to talk to me. During my years of working on my writing craft, and on this book in particular, I had imagined this moment. Me and an editor, with my book between us on the cushion. (Well, maybe I didn't imagine the cushion.) And none of my imagining could have prepared me for what she said.
She didn't say, "This isn't the book for me," or "Maybe if you tweaked a character," or even "Perhaps if you set it in a dystopian world." No. She shook her head sadly and said, "I really like your writing, but I can't feel your heart in this book. I don't think this is the book you should be writing."
Terror dug razor-claws into my neck, shocking the words right out of me. This terror was too swift and sudden to be a product of what she'd said. After all, she didn't know me that well, and perhaps, with some revision, I could uncover the problem in the manuscript and, you know, squish some heart in there. No. This terror rose up because she had seen and told me what I already knew. I was hiding. No amount of fancy word play could hide the fact that I wasn't taking any real risk. I wasn't digging deep and doing the work of a writer.
Knowing she was right didn't change my misery. All that lost time. All those pages. And beyond those issues, the deeper problem: I had to make a choice. Was I, in fact, going to take a risk?
Even as I wallowed there, full of I can'ts, the tiny seed of an idea started to grow. A crazy idea. An impossible idea. I knew that I was about to set out on the adventure of my life, a battle between the me who wanted to create something meaningful and the me who preferred to hide. I wanted to make that battle visible, tangible, and I wanted to bring every part of myself into the creative process.
So, I asked my graduate advisor at the time a ridiculous question: Would you, by any chance, be willing to let me write, produce and perform in a play about my journey to learn how to be a real writer? And will you count it as my critical thesis?
Yep. There was the yes.
I spent the next six months writing, sewing, filming, composing, choreographing, gathering actors, raising money, painting, building sets that would fit into a suitcase, but more importantly, taking my first real risk. This play wasn't a flashy word-showcase. The play followed a girl (me) who escaped her own perfectionism and workaholicism and learned how to play. I set out hoping to surprise myself... and I did.
I thought the yes came from my graduate advisor, and that's partly true, but the reason this experience was so vital to my creative life is because I also finally said yes to myself. Yes. I can try that, even if I have no idea if I can do it, even if I have no idea if it will turn out the way I hope. Really, I think the most important yes isn't from anyone outside ourselves. It's the moment we decide to stop holding ourselves back with all the I can'ts and I'm afraids and what ifs and we simply leap.
Labels: Naomi Kinsman