Before I was a writer I was a ghost writer in the truest sense. 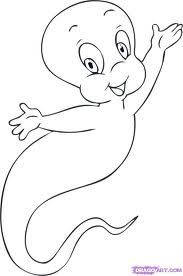 My name was not on my work and although I made a living writing, the whole operation did not feel genuine. Caught between two worlds, haunting the one I wanted but invisible, I couldn't call myself a writer -- not a 'real writer'.

Finally getting an agent and landing a two-book deal with a major publisher, then seeing my own name on my own book in a real live bookstore was amazing and stupendous, but I would not mark any of those milestones as major 'yes' moments. I still had a complex, a shameful hidden past as a fraud.

Then I got invited to a writer's conference in Florida. I was being flown somewhere to speak on writing, just like a real writer would. This should have been my 'yes,' moment. A week before the conference one of the organizers asked me for a picture. Figuring she needed it so she could identify me at the airport, I sent this lovely shot of myself eating churros in Barcelona. 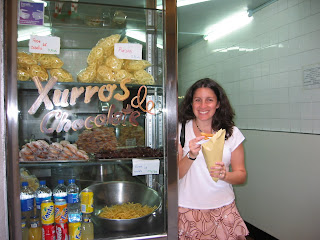 When I arrived at the conference I found that picture blown up to poster-size and hung next to the real author photos. Needless to say, none of them were pictured with powdered sugar on their chins.

This was not my 'yes' moment, nor was it my most dignified.

A few years later after my second young adult novel, PRICE OF ADMISSION, was published I was invited to do some school visits in Rhode Island with two of my favorite writers Dan Ehrenhaft and Sarah Mlynowski. The school talks were amazing, but the chain bookstore event… less so. They stuck us in the café so we had to read over the whir of Frappuccino blenders and milk frothers. During the Q&A an eager eight year old raised her hand. Her question: “What time is it?” 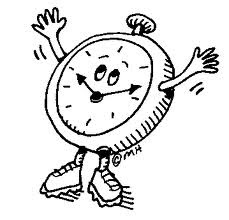 Apparently she had better places to be. Sadly, I did not.

A few weeks later, while visiting my parents in Los Angeles, I strolled into a Borders and asked if they had my latest novel. Before I explained that I wanted to sign the books the salesperson cut me off saying, “Oh, we took those off the shelves because they weren’t selling”.

Thankfully, I’ve had plenty of success since these most decidedly, ‘no’ or at least, ‘nope – not yet’ moments. My books are selling well in the USA and abroad. I get lots of fan mail. Disney recently optioned one of my books, so BOYS ARE DOGS may someday be a movie.

This past fall my fabulous publisher sent me on tour to promote GIRL’S BEST FRIEND, A MAGGIE BROOKLYN MYSTERY. And it was on the eve of that first event, at a fancy hotel in Baltimore, when I had a fabulous, “Yes, I have made it” moment.

When I went to check in, the bell hop said, “Good evening, Ms. Margolis. Congratulations on the new book. I hope you’re having a wonderful tour.”

Heads turned. My arrival had aroused intrigue. There was real writer in the lobby - no ghost. The bell hop said so. Who'd argue with a bell hop. Not me. So finally I could say, 'Yes'. 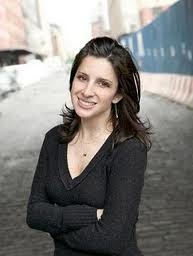