July Theme: When YES is Not Quite Fireworks (Irene Latham) 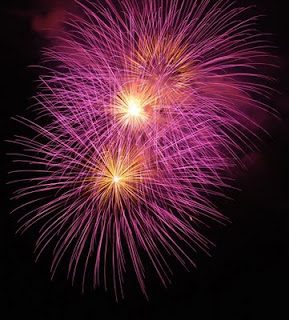 Sometimes the most important YES moments are less like fireworks and more like lightning bugs. That’s the way it was for me at the 2006 SCBWI Southern-Breeze fall conference when I met with Tricycle Press editor Summer Dawn Laurie for my first-ever “formal critique.”

The manuscript under discussion was the first 20 pages of my first completed book: WISH YOU WERE HERE, a contemporary middle-grade novel about a girl named Cricket struggling to (secretly) reconnect with her birth father.

Summer said she loved Cricket, she thought the voice was compelling, and she wanted to know what happens next. And she invited me to send her the full manuscript!

I floated out of that room. My heart would not be still. I thought: this is my foot-in-door moment. A real professional in the real-world of children’s publishing likes what I'm doing!

I quickly made corrections based on Summer’s comments and dashed the complete manuscript out to her the following Monday. I practiced what I would say when Summer called me with the offer to publish my book. I continued to float. Until –

Six months passed. I heard nothing.

By the eight month I knew I was not going to be getting the call I longed for. But Summer did send me a letter. She was leaving Tricycle Press. She would not be able to publish my book. But, she advised, I should keep writing and submitting. Because “it’s a lovely story, well told.”

And so I did keep writing and submitting, all the while reminding myself of Summer’s faith in my ability, her love for Cricket and interest in the story I needed to tell.

When my novel LEAVING GEE’S BEND sold, I thought: if Summer could see me now! Even though the book that sold was not the one about Cricket, but a completely different girl with a whole other set of struggles. Imagine my delight when Summer contacted me through JacketFlap after the news was announced. She was nearly as excited as I was!

Later, when the book was released in 2010, we made plans to meet at BEA so I could sign a copy for her and reminisce about that long-ago meeting. It was a very sweet moment. In a way, Summer has been with me all along. And continues to be: earlier this year when I needed a reader for my next novel DON’T FEED THE BOY, I asked Summer to help. And she gave me such wonderful feedback that I know I will be contacting her again for all the future novels I plan to write. 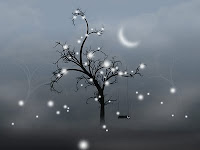 So. When you see someone else’s sky filling with fireworks, be on the lookout for lightning bugs. Their magic has the power to linger for a lifetime.