When I thought about this month’s blog topic, planning, the first thing that jumped to mind was the old Yiddish saying, “Man plans, God laughs.” This year has upended plans for so many people all over the world. A year ago, I had all kinds of plans: writing, editing, researching. Did any of them come to fruition? No. 2020 happened.

So…what to do? By way of introduction, I write middle grade fiction, specifically a series about a group of fifth graders who travel back in time and meet the early presidents while also dealing with 21st century concerns like being the new kid in town or being part of a blended family.

What might one of those early presidents have to say about planning? I took a look. I’ve been thinking a lot about Thomas Jefferson, because he features prominently in my new MG novel, Thomas Jefferson and the Return of the Magic Hat. Another main character is Madison Hemings, the son of Thomas Jefferson and Sally Hemings, who grew up enslaved on his father’s plantation, Monticello. 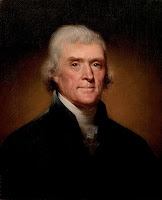 So I perused the Monticello website. “Never put off till to-morrow what you can do to-day,” Jefferson advised. Okay. I often tell myself something along those lines, but lately it hasn’t worked.

Moving into the 20th century, I found a quote by Dwight D. Eisenhower: “Plans are worthless, but planning is everything.” I’ve thought about that quote often because I used it in an unpublished mystery novel I’ve been working on for years. The quote has nothing to do with the plot of the mystery novel, but my character (and I) attempted to figure out exactly what Eisenhower meant. 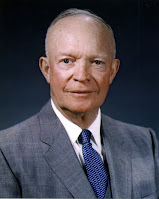 While I haven’t come to a definite conclusion about the quote, I’ve decided that I should try to be better organized. And another presidential quote would seem to agree: “The time to repair the roof is when the sun is shining,” John F. Kennedy said in his 1962 State of the Union message.

And here’s one attributed to a transformational First Lady, Eleanor Roosevelt: “It takes as much energy to wish as it does to plan.” 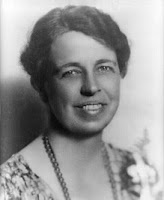 Looking ahead to 2021, I will try to wish, hope, and, yes, plan. I have many ideas and fictional characters eager to make their way onto the page. And as a new participant in this wonderful blog, I would like to thank my fellow bloggers for including me!