Because Dragons Are My Patronus 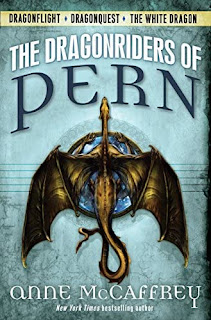 Recently I enjoyed a seminar given by the award-winning science fiction and screenwriter David Gerrold* .He began by asking, why do you write?
I suspect the intent – to reflect some degree of self-awareness—is to echo some level of Truth itself. That is to say, if story is the oldest invitation to the human experience, then the heart of that story – and why we (or I) write – is because we want a glimpse of some larger Truth, on what it means to be human. On what it means to be ourselves. So, what is my truth?

But the truth is, I have no idea. Not anymore. I don’t know if I have The Write Stuff.

I can tell you how I started. As a (very!) young child, I was ill with osteomyelitis. Recovery took a long while. While in the hospital, someone read to me. These stories freed me from confines of a hospital bed. It was more than just escaping a painful reality. These stories created a new reality in which I could do what otherwise I could not. Didn’t take long for me to make the jump into reading. I learned to read, even as I learned how to walk again. I was well ahead of everyone by the time I entered elementary school.

By fourth grade, I was reading Charles Dickens, and developed quite a crush on the Artful Dodger. I also wrote my first story, in which he and I became friends. I also discovered Anne McCaffrey’s Dragoriders of Pern. I read that her brother also suffered from osteomyelitis, and he inspired her to create a character (I forget which character now). So I read more. And suddenly dragons became by patronus. Certainly the act of writing is a construct of putting feelings into words, and I created a reality and a community in which I finally found belonging. I went to school, earned my MFA (among other degrees), and wrote. I have had short stories, articles and seven books published.

Then something happened. It wasn’t sudden, like a great big bang bazinga. It was more like a slow burn, years in the making. I had prepared, and fully devoted, for a career in writing. But I was wholly unprepared for the business of writing.

The business of writing is harsh, dispiriting in its rejection, and – good great glory – it comes complete with all the reigning -isms. For every Gandalf and Dumbledore, there is a Sauron and Lord Voldemort. We have heard of prominent agents – and a few writers – who have conducted themselves inappropriately as the MeToo movement swept through the publishing field. A few writers – including a hero of mine – twittered one too many times to reveal their own humany limitations. Then there’s the major literary agency rocked by, and eventually dissolved by, intimations of racist behavior. Turns out a few significant agents were nothing more than scammers. Writers Beware is full of warnings of publishers and agents acting in bad faith.

In other words, publishing is not some magic place over the rainbow. Rather it’s like every other business, complete with its own dark side and deatheaters.

I’ve had three agents during my ‘career’, all of whom promised to be the champion that would help me build a writing career. Long story short, none worked out. And after each break-up, I’ve had to start over. Each time it became harder.

I’ve had seven books published, a million (or so it seems) articles, and have won a fair share of awards, and still it seems I have spend more time trying to prove (to myself as much as anyone else) that I am relevant. In this neverending quest, I've worked with an agent on three rounds of revisions, with the assumption (never a promise) for representation. And the end of the year-long process, she loved (loved!) the manuscript, but historical fiction would be a hard sale (translation: she wants a quick sale). I had another agent schedule The Call three times, and each time she had to reschedule. And then she ghosted me, despite my nudges. Another agent asked to see more manuscripts, and then she ghosted me, despite my nudges. I even sent another historical fiction to my old editor, who once said she’s a big fan and to send her historical fiction. And then she ghosted me.

Of course it’s not personal, but it certainly feels it. And now, even my dragon patronus seems to have flown the coop. After years of drafting a novel a year, I can't seem to write pages much less chapters. I take classes and I read. I have done research for potential stories and revised old stories, but I have not written anything new for months. Now the new year is just around the corner. My hope is this ebb and flow is normal, and what ebbs soon flows. My fear, however, is that I’ve lost my dragon. And what’s worse, I’m not sure she wants to be found. As I recall, her last words were, ‘### this ###.’

But, wait a minute. Something else happened, too. Something unexpected. It occurs to me, while pondering this question, that my affiliation with story has always been to find a place of belonging. We are all stories in the end, says The Doctor. I have had a career – as a teacher, a bookseller, an editor, a reporter. It wasn’t the one I expected, but perhaps it was the one I needed. For so long, I thought that to belong meant I had to be published. But that’s not true, is it?

If the point of story is to find community, it turns out I have built up quite the community. A very special, extraordinary community, complete with Gandolf and Dumbledore, and Clara and The Wandering Monk, Authors Who Teach, Smacking Dabbers, and Master Guru. It includes The Librarians, and Poodle Lady, and Freckles, Lady Squabbit of the North, and Ella Bella’s Nana. And there’s the effervescent Nyxie, Queen of the Universe (and her Royal Regent Grandpa). Mrs. and Mr. Shiny Serenity (complete with their pretty floral bonnet).The Musician and The Professor, and Wordswimmer, the Geek, and the Nerd, and The Dog Whisperer, Pearl’s Mum, and so many more unexpected friends. A whole slew of beloved characters that make up My Story!  Steadfast and firm in their stance, reminding me to never give up.
Or, as Dory says, Just Keep Swimming.

Why do I write? The answer was always at once simple and complex: To belong, of course.
Perhaps my patronus, my dragon, just needs a rest. She'll come back, soon enough, when it's time.
Who wills, Can. Who tries, Does. Who loves, Lives. – Anne McCaffrey
• David Gerrold (gerrold.com) wote the script for my favorite original Star Trek, The Trouble with Tribbles. He's written so many fantastic books I can't list them all here. He’s currently on Patreon, conducting weekly seminars and fireside chats about life and grandchildren. Do check it out!)
So the question becomes, Why do you write?
--Bobbi Miller
Labels: Anne McCaffrey Bobbi Miller David Gerrold Dragonriders of Pern writing inspiration