SOOTHSAYER
Beware the ides of March.

CAESAR
What man is that?

BRUTUS
A soothsayer bids you beware the ides of March.

How bold is that? Brutus echoes the warning––knowing full well that HIS plot is the reason Caesar should beware.

I have a different reason to beware the ides. The word actually means the middle. I hate and fear the middle of a manuscript. The mushy middle. The meandering middle. The mucked-up middle.

When I get to that point in a manuscript, my initial energy has dissipated. I doubt the project. I doubt my entire writing life. I never know how to proceed––or why I should bother finishing the novel. It clearly isn't going to be any good anyway. My characters just sit around, mumbling to each other, "What do you want to do?" "I don't know. What do you want to do?"

This has always been true for me. My first novel, Nature Girl, is about a city girl named Megan who gets lost in the woods. I started the novel in a notebook, as I always do. My daughter, who was ten at the time, began reading my pages. She loved the beginning! She begged for more! I was so happy! I had found my voice as a writer at last!

All celebrations ceased when I got to the MIDDLE of the book and my daughter lost interest. She didn't exactly refuse to read on, but she no longer cared about what was going to happen next. I was devastated.

After a day or two of moping, I realized that I could actually pinpoint when my daughter lost interest. I found the section where Megan had literally stopped her journey and gotten involved with a group of sketchy characters. I got rid of them and put Megan back on the trail.

Since then, every time I get to the MIDDLE, I remind myself of what I learned. There are parallels between taking a journey and writing a novel. You start out with great energy. But sooner or later, you'll get tired and feel like you have lost your way. You may even have actually lost your way. That shot cut or scenic route may turn out to be a dead end. THAT'S OKAY. Retrace your steps. Remind yourself of what you loved about your idea. Replenish your supplies. AND KEEP GOING.

I did. And Megan and I both achieved our goals. 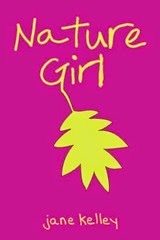 (Oh by the way, my daughter had to fix the ending of my book too. But that's a different story.)