They say, over here in England, that you know you’re getting older when policemen start looking younger. For writers like me (I am 63 this year) that now applies to editors. I am often surprised to realize that, with some of my editors, I’m old enough to be their mother. Soon it will be their Grandma. Of course, often in these days of e communication (the days of being invited down to London for lavish lunches with your publishers are long gone!) I never see my editors’ faces, often have no idea how old, or young they are. That cuts both ways. They have no idea how old I am. Until they ask for an author photo. 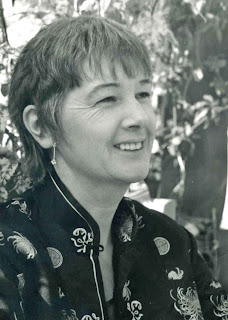 Some things, for me at least, in the writing business never change. Even after publishing so many children’s books (I stopped counting at 100) I still get paranoid after each one. I go into a decline.  I’m convinced that this is the end, that no more work will come my way, that I won’t get another good idea. You start thinking, “What shall I do in my retirement? Take up quilting, marathon running, cake decorating?”  One day, I suppose the work will dry up. But so far, to my absolute delight and amazement, I’m still in the game.

Just a brief diversion about OUP – I recall my Big Chance, when OUP (greatly respected publishers then and now) invited me from the North of England to discuss a proposal. I recall the journey down with my new born baby wailing and my two older kids fighting in the back of my car, the baby sick on my blouse, the formidable, blue-stocking – but as I later learned, quite wonderful – editor who greeted me. It was all rather overwhelming. Even their Oxford HQ was daunting – an imposing Grecian temple with columns which you had to pluck up courage to enter!

Oxford University Press (who published my first book, a ghost story) allowed me to write long, rather scholarly novels for teenagers. I believe I would never have that indulgence now, when every publisher’s brief, especially Middle Grade, includes things like, “pacey, page turning, action-packed, suspense-filled.” Indeed over the years I’ve totally changed my style (which may be a good thing!). I’ve tightened everything up, plot and prose, become much more economic, introduced nothing irrelevant that might hold up the action, avoided descriptions (both character and setting) of more than a couple of sentences, cut out adverbs. It’s actually an excellent technical challenge for a writer, being so self-disciplined. When you can’t have long descriptions of what’s happening inside a character’s head, for example, you have to show it purely through what they say and do. If you don’t use adverbs, you have to choose more descriptive verbs. Not being able to waffle wonderfully  clarifies your thinking!

And that (short, pacey etc.) seems mostly what the market demands - especially the educational market. I’m told it’s partly because children have much shorter attention spans. And certainly the fear of “boring” children, even for a second, looms very large these days. I was recently asked to cut down a thriller for teenagers from 65,000 words to under 35, 000 because “research has shown” that 35,000 words is the optimum length teenagers can stand.  ( I already hear the cries of, “What about Harry Potter?” Harry Potter was a publishing phenomenon – of which more below)

It was down to the Harry Potter series that the interest in children’s literature exploded.  Thanks J.K! It gave a real vibrancy to the children’s book scene. Big celebrities wanted to be part of it. I recall going down to Puffin in London for a question and answer session on comic books for children at the same time as Madonna’s book launch for “The English Roses”. I was quietly thrilled about the six thousand pound advance for my latest book, by far the biggest I had ever been offered. Until I learned that Madonna was (reputedly!) getting 2 million. But it was all brilliant publicity for children’s literature – it raised its profile sky high. The only downside, for a jobbing writer like me, was that, with the increased interest, there was a lot - and I mean a lot - more competition. Suddenly, children’s writing was cool.

Now, over here at least, austerity bites. It’s still hard to get published by traditional routes, but for different reasons. Some publishers are slashing the number of books they publish each year, they have more rigid briefs, they can’t afford to take risks, But, despite that, these are hugely exciting and empowering times for young writers. (When I started, it was a chicken and egg situation – you, mostly, couldn’t get published until you’d got an agent and most agents wouldn’t take you on until you were published. Those gatekeepers to getting your book in print seemed as hard to get past as Cerberus!)

But now aspiring writers can do it themselves. Publish their books as e-books, do their own publicity, set up blogs. Rather than writing being largely a solitary profession, it has become social, convivial, with people sharing ideas and experiences. I’m all for it, that’s good for everyone, not least a writer’s mental health. And, as I get older, I positively welcome input from editors or fellow writers with younger, sharper brains than mine.

For instance, I’ve always been especially interested in writing funny books for children. Funny books over here are sometimes seen as ”less worthy”, not “serious literature”.  Which is strange when you think of how important, for all sorts of reasons, laughter is in children’s lives.  And, personally speaking, I find comic prose much more challenging and trickier to pull off than the “serious” books I write.

So, in conclusion, does anyone out there feel the same and have any tips to share on writing successful comic prose for children? I’d be really interested to know (and, of course, to steal your tips!) 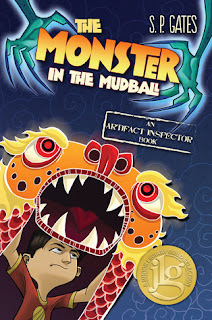 Thanks for stopping by Smack Dab, Susan...and congrats on such a long career!