Writing for the Dork in Me

There is a sense of innocence in 8-12 year olds. Most still sleep with stuffed animals or a special blanket. They get scared of the dark, of lightening, of dying, or being kidnapped by strangers. They worry about their changing bodies. They love their parents, but sort of want to be away from them. They like to join clubs and have secrets. They like to discover things. They form opinions. They have questions. And they worry about what is normal and what is not. Even with the Internet and other distractions, I like to think that kids still want to get swept up in a good story.

Between the ages of eight and eleven, I had a tiny obsession with Laura Ingalls. Not only did I read and re-read all of the Little House books, but I also watched the show religiously and dressed like a pioneer girl on occasion.

I became obsessed with historical fiction. I devoured books like The Little House in the Big Woods and Strawberry Girl. Don’t get me started on The Boxcar Children. I would have given anything for a cool hideout complete with a cracked pink cup and a loaf of bread. I identified with Ellen Tebbits and had a major crush on Henry Huggins. I cried through Bridge to Terabithia and The Trumpet of the Swan. I saved all of my birthday money, so I could feed my addiction from the book club flyer! I still have many of those old paperbacks. Then, something wonderful happened. 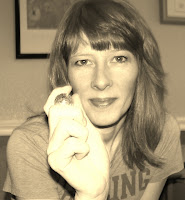 In 6th grade, I discovered Are you There God? It’s Me, Margaret.“We must—We must—we must increase our bust.”
I quickly realized I could count on Judy to give me the facts about embarrassing stuff like periods, B.O., leg-shaving, what boys think about, what to do about bullies, how best friendships can work, etc. Now, I'm not as dorky as I used to be and three boys call me Mom.

When my oldest son was about fourteen, I started looking for realistic novels for him to read. I wanted to give him books that explored the same topics that Judy Blume wrote about.

I found one great book: Firegirl by Tony Abbott. It’s got "feelings," friendship, cool cars, comic books, superpowers, and all the stuff boys like to read about. But there is a bonus: it’s also honest and compelling. It also explores the feelings of kids who are forced to deal with something foreign, a girl whose life has changed forever because she was disfigured in an accident. You’ll need a tissue when you read it.

The Marble Queen will be my first published book. It’s a historical middle grade novel coming out from Marshall Cavendish in the Fall of 2012. It’s about ten-year old Freedom Jane McKenzie who longs to enter and win the local marble-shooting competition, even though everyone, including her difficult Mama, tells her that marbles are for boys.
Freedom is a little bit like Ramona and a lot like the ten-year old dork in me.
Labels: Stephanie Blake