On a recent school visit, one student who had read several of my books asked me a question:
“Miss Graff, why do you like writing about the fourth grade so much?”

The student who asked the question was pretty observant—I do like writing about the fourth grade. In fact, three of the five middle-grade novels I’ve written so far star fourth-grade protagonists. But I’d never really thought about why.

“Why is fourth grade so important, Miss Graff?” 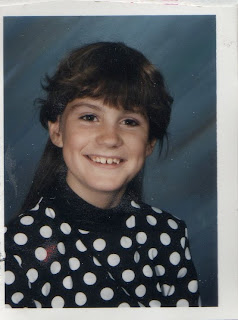 Fourth grade was a big year for me. It was the year I got my first big crush (on floppy-haired Josh B., who made me swoon when he picked me as his social studies partner). It was the year of my first traumatic friend break-up (with Jenn H., who had the best Barbie collection). And it was the year I made what would turn out to be one of my strongest lifelong friendships (with Leah S., who made up for not having a Barbie collection by owning a stunning number of trolls). It was the year that both of my parents got re-married (double the flower girl dresses!), and the year I gained three stepsiblings, a dog, and a new home. It was the year I got my tonsils removed, the year I barfed pink-frosted cake at my ice-skating birthday party, and the year I discovered The Baby-Sitters Club (talk about lifelong friends). It was also the year my older brother, Ryan, almost died of a kidney disorder and I responded by developing a severe case of hypochondria—an incident which served as the inspiration for my third novel, Umbrella Summer. 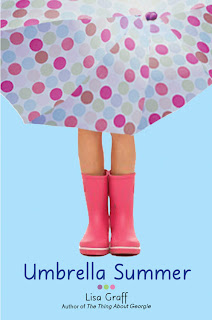 And all of these things, I’m sure, inspired me to become a writer, and to write about the fourth grade in particular. But perhaps the most important thing that happened to me in fourth grade was that I discovered a book.

My class was in the library one day, and I was scanning the shelves, deciding which book I wanted to check out, when I saw it—a beat-up old book (brown, no dust jacket) by some guy I’d never heard of named Jules Verne. I flipped to the front. No one had checked the book out for seven years.

From the moment I began reading Around the World in Eighty Days, there was no turning back. The book was amazing. It had action, adventure, humor, and surprise. I couldn’t put it down, not for meals, not for bedtime, not for anything. I built a fort in my room, with a red blanket stapled to the wall and pillows all over the floor, specifically for reading it. The fort was the only place I would read the book, and no one was allowed in there unless they read it with me. The day I finished reading the book, I tore the fort down.

Looking back, it’s funny to me that such a book would be the one that turned me into a real reader. Around the World in Eighty Days was a far cry from the books I typically enjoyed at that age, and it’s not something I would ever suggest to a nine-year-old now. But I think what I enjoyed about it was that it was a book I had discovered all by myself. As far as I was concerned, the book had been written specifically for me. Reading it, I could imagine that somehow, some old dead guy named Jules Verne knew exactly the book I would want to read in a fort one day. And that was why he wrote it. 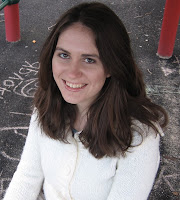 So I that’s why I write middle-grade, and for fourth graders specifically—because that was the year I fell in love with books. And because I hope that one day, even if it’s when I’m long dead and buried, I can make just one kid feel as special as I did the day that I discovered Jules Verne. And if that kid builds a fort to read my book, so much the better.

Now it’s my turn to ask you guys: What’s the book that made you fall in love with reading?