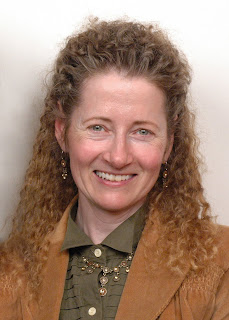 Why did I start writing middle grade novels after years of writing young adult fantasy novels? It all started by chance one hot summer day at the Farm—my husband’s family orchard in Eastern Washington. My good friend Lorie Ann Grover—acclaimed verse novelist—had joined me for a week long writing retreat. During our writing breaks, I showed her all the wonders of the Farm: the pear and apple trees, the hills, the hammock under the maples, and the bordering Methow River. Years earlier, I had written a series of poems about the Farm, poems I had never thought to publish. I pulled the folder of poems down from the shelf and showed them to Lorie Ann. After reading them, she told me I was a poet and should write a verse novel about the Farm. I loved that idea!

So I began writing Eva of the Farm, a contemporary novel about a girl whose beloved orchard is threatened with foreclosure due to blight, illness, and bad economic times. Eva emerged as a girl with a vivid imagination. Her own poems are sprinkled throughout the novel, and they poured out of me in the voice of a young girl who views her world with wonder, freshness, and innocence. I knew at once she was not a young adult protagonist and that the book would be a middle grade novel.
My first young adult novels, Firegold and Aria of the Sea, were about twelve and thirteen-year-olds, but my later ones—White Midnight, The Phoenix Dance, and Avielle of Rhia—(as well as two in progress) featured older teen girls. Some of this shift toward older teens was story driven, and some of it was driven by my perception of the changing market for young adult books. When I started writing Eva of the Farm, I knew I had returned to something fundamental. Most of the books I loved as a girl, and still love, were books for younger kids: The Secret Garden, Ballet Shoes, National Velvet, The Dark is Rising, The Wolves of Willoughby Chase, A Little Princess. When I finished writing Eva of the Farm, I felt as though I had returned home.
Eva of the Farm will be published in the summer of 2012 by Atheneum. A companion novel will follow in the summer of 2013. Currently, I am hard at work on a new challenge--a middle grade fantasy novel in verse.