Middle Grade Then and Now, by Michele Weber Hurwitz

When I was young, there wasn't really a category of books that were designated as 'middle grade.' I remember reading and loving Scott O'Dell's Island of the Blue Dolphins. (Oh, to live on my own island, away from my annoying two younger brothers!) I read classics, like Heidi and Little Women. And later, in high school, I read S.E. Hinton's The Outsiders and a slew of books by Paul Zindel, the most memorable being My Darling, My Hamburger. He was more or less a YA author before that genre was called YA. I remember reading gothic romance novels too, like Green Darkness by Anya Seton, which were all the rage when I was 16.

It wasn't until I was a mom and participated in mother-daughter book clubs with my daughters that I read today's middle grade novels. And fell in love with them. There were two that resonated so much that I knew I wanted to write one of these books. Or try to, anyway. They were So B. It by Sarah Weeks and Love, Ruby Lavender by Deborah Wiles. 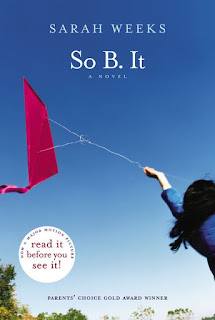 I didn't think these novels were just for 9-12 year olds! They're compelling, deep, heartfelt, poignant, real stories with true-to-life characters that get under your skin. Plots that prompt the reader to ponder important, essential life questions. Conflict that keeps the pages turning.

I read them several times. I studied them. I learned what ingredients made up a good story for this age group.

I tried to write a middle grade novel. Fail (of course). I wrote another. Fail #2. Those documents are stored safely on my computer and they're not going anywhere. I think of them as practice books, sort of like an archeological remnant of early cave drawings. But, like those plucky heroines in the two books who are determined to pursue answers, I kept at it. And at some point, something worked. I wrote something that got a nibble. Then a deal!

This month, my fourth middle grade novel will be released from Aladdin Books, Ethan Marcus Makes His Mark. It's a sequel to last year's Ethan Marcus Stands Up. I had such fun with these two books, which are narrated by five seventh-graders, digging into themes of determination, sibling rivalry, and learning to get along with others who see the world from a different lens. 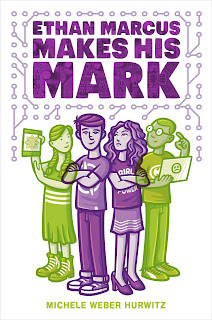 I don't think I've quite yet reached the level of Deborah's and Sarah's extraordinary works, but I keep trying. I continue to be inspired by them and so many other middle grade authors.

There's no other writing world I'd rather be a part of.


Michele Weber Hurwitz is the author of Calli Be Gold, The Summer I Saved the World in 65 Days, Ethan Marcus Stands Up, and Ethan Marcus Makes His Mark. Catch up with her at micheleweberhurwitz.com.