Learning to Dance with the Dingoes! 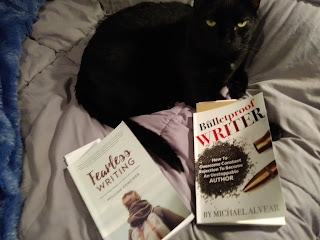 I recently wrote about my ongoing search for a new agent. Despite having six books published, including a graphic novel that's coming out next year,  it’s a challenging task because I write historical fiction. I focus on forgotten characters (usually girls, who are not represented enough) and events (because I think as a nation, we are historically illiterate and have forgotten our own story) that helped build the American landscape. I also write American fantasy, both contemporary and historical, blending the tall tale tradition of humor and exaggeration that captures so much of the American identity into a unique form of fantasy. I touched upon the challenges of historical fiction, the ongoing argument on what is historical fiction, how and why it is relevant, and by extension why history is important. As a writer, one of the most stinging rejections that I get too many times is that, despite an interesting plot and engaging characters, “historical fiction is a hard sell.” (See my article Historical Fiction and All That Wibbly Wobbly Timey Wimey Stuff.)

And yet, historical fiction seems to be one of those steadfast genres. As UK literary agent Kate Burke (What’s Hot in Historical Fiction, 2018),  a common theme in popular historical fiction over the last thirty years is that protagonists in historical fiction tend to be “suffering witness to history”, in which writers pair small characters with big circumstances.This pairing seems perfect for middle grade and young adult readers.  To illustrate this point, consider Markus Zusak’s The Book Thief (2005), in which foster child Liesel struggles to survive the rise of Nazism, Germany. Or Kimberly Brubaker Bakdley’s The War That Saved My Life (2015), which follows ten-year old Ada’s plight to survive in war torn London. Or Laurie Halse Anderson’s Chains (2008), in which the cruelty of slavery is seen through the POV of thirteen year old Isabel. In fact, Arleigh Ordoyne of the Historical Novel Society (Young Adult War Fiction: Fixture or Trend, 2018) suggests that roughly half of the historical fiction published in recent years  can be categorized as war fiction. And while more are sandwiched in eras between wars, these characters tend to be immersed in war-affected circumstances. Historical fiction consistently wins the Newbery Award. Consider Clare Vanderpool’s Moon Over Manifest (2011), Laura Amy Schlitz’s Good Masters! Sweet Ladies! Voices from a Medieval Village (2008), Lynne Rae Perkin’s Criss Cross (2006), Cynthia Kadohata’s Kira Kira (2005).

"But history isn’t really about the past. It’s about human nature. We use the genre as a lens to see ourselves in a different age. To write on the human condition is to write with a reliance on history." -- Justin O’Donnell, Why Historical Fiction Will Never Go Away

So why the hard sell? And where do I fit in?


To answer these questions, and find the courage to keep going, I came across two inspirational reads that address the writer’s plight.

Michael Alvear, and his The Bulletproof Writer: How to Overcome Constant Rejection to Become an Unstoppable Author (2017). Alvear has published fifteen books, written columns for The Washington Post and New York Times, and contributes to NPR's All Things Considered. ALL authors, reaffirms Alvear, deal with constant rejection.  And we’ve heard all the testimonies from famous writers like J.K. Rowling and Stephan King and Ursula LeGuinn. Harcourt Brace Jovanovich rejected J.D. Salinger’s Catcher in the Rye. Publisher and editor Barney Rossett hated J.R.R.Tolkien’s Lord of the Rings, calling it a mishmash.

In fact, as Alvear asserts, “publishing is one of the few industries that systematically rejects its most talented people.” Would Sony or Verizon reject Steve Job’s resume with a form letter? Would Citigroup tell Warren Buffet that he doesn’t have what they’re looking for? That he doesn’t fit in?

Rejection becomes like an infection, says Alvear. We internalize it, give it more meaning than it deserves, and amplify it by taking on a chronically self-critical inner voice. It makes us question our skills, and our worth. It gives us writer’s block, and worse. It can also make us give up altogether.

What I like about this book is that he doesn’t offer cutesy quotes or power slogans, or as he calls them, motivational Band-Aids. Instead, he gives insights into how and why we receive, interpret, and react to rejection, then he offers some tools that we can use to move past the rejection. And the first thing he does is to outline three basic facts about the publishing business:

BUT! -- and this is a big but -- on the other side of rejection is acceptance.

Grounded in science, Alvear looks at how the brain is hardwired for fight or flight. Rejection feeds on the writer’s worse fears. And, according to Alvear, it can feel like it’s just a matter of time before the dingo eats your baby. “The brain is like Velcro for negative experiences, but Teflon for positive ones,” he quotes his research. The nature of publishing reinforces this built-in negative bias. The trick is, of course, is learning strategies that make the positive stick like Velcro.

In other words, we need to learn to dance with the dingoes!

Fearless Writing, by William Kenower (2017). This is the perfect companion to Alvear. Drawing on personal experience, Kenower elaborates on the writer’s worst fear: what other people think of our writing is more important than what we think of our writing. As Kenower suggests, what makes this fear so insidious is because of its apparent practicality, reinforced by the nature of the publishing business. As working writers, we need others to like our writing: agents, editors, publishers, critics and, most importantly, readers. Sometimes this fear becomes so overwhelming, we become blocked, or change the story we want to write to what we think others would read. Either way, we lose our story. Kenower offers a series of practical exercises that explores how to break the hold of this particular fear, and to find the confidence to write your story fearlessly. Don’t fear the wobble, Kenower states. Just write your story.

I just received my 36th rejection of the year. BUT I have also just finished another story, and have begun that process of submission. Yes, onward!

“Whenever I got those rejection letters, I would permit my ego to say aloud to whoever had signed it: ‘You think you can scare me off? I’ve got another 80 years to wear you down! There are people who haven’t even been born yet who are going to reject me some day – That’s how long I plan to stick around.’” – Elizabeth Gilbert, Eat, Pray, Love.