As an author of children’s books one of my biggest challenges is finding characters that will not only appeal to my audience but will also stand out from the crowd. That, and coming up with an original idea of course. To have a truly successful book these two factors need to work in tandem.

What do readers remember most about the Harry Potter books? Usually, Harry Potter and Hogwarts. Harry is a fascinating character in his own right, the orphaned child of murdered magician parents and Hogwarts, a school for young magicians operating alongside the real world, was a great idea.

For The Brain Sucker I had a strong central concept – a brilliant maniac had invented a machine that could suck the goodness out of kids to create the evil world he desired – but I also needed strong characters to really bring the story to life. 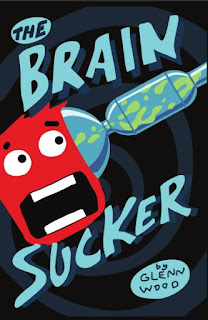 Once my evil character was formed I needed an equally compelling hero. I wanted a character that had the guts to handle whatever was thrown at him, a boy who had already faced adversity and risen above it with strength and humour. The resulting protagonist was Callum, a thirteen year old boy who had been born with a spinal injury and was confined to a wheelchair.

This presented me with several challenges. I knew very little about children with disabilities or the restrictions faced by people in wheelchairs. I also had a very clear idea about my character; I didn’t want him to feel like a victim and wasn’t interested in writing a story where disability was the central theme. It was important that my readers saw Callum as a teenage boy first and foremost and the fact he was in a wheelchair became almost irrelevant.

During my research I was fortunate enough to receive help from an extremely interesting and innovative wheelchair manufacturer – Trekinetic All Terrain Limited. Their managing director was kind enough to share his insights on both the mechanical limitations of wheelchairs and the attitudes of the people who use them. This was invaluable for the development of my main character.

To my surprise, I quickly discovered that having a hero that was confined to a wheelchair was liberating rather than limiting. The way Callum copes with his disability opened up two very strong character traits. He became fiercely independent but also incredibly stubborn and this developed into one of the main themes of my story – the importance of being able to ask for help when you need it.

Feedback from reviewers so far has been extremely positive about both Callum’s character and the way his disability has been handled. For me, being able to create unique and memorable characters is one of the most enjoyable parts of writing. 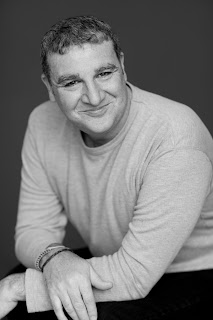 Glenn Wood is an award winning copywriter and author who has four published books to his credit. These include his popular autobiographical novels – The Laughing Policeman and Cop Out – and two middle school books The Brain Sucker and The Bully Chip.
THE BRAIN SUCKER is an absolutely delightful MG--told with a great deal of humor and understanding. Be sure to snag a copy and keep up with Glenn Wood at his author site.