The Great Escape: The Time it Takes to Dream 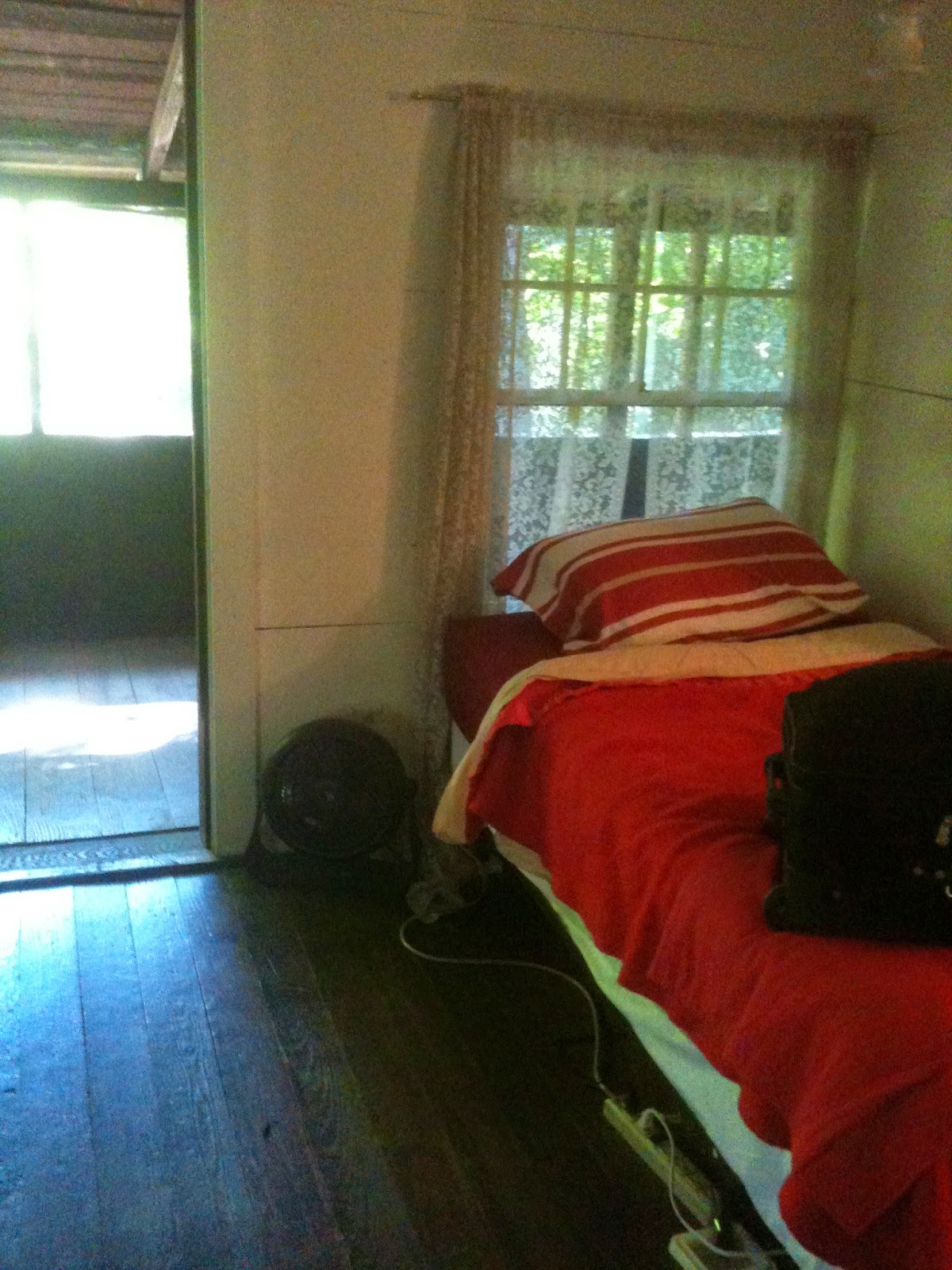 I was a mother of two school-aged children when I went to my first writing residency—a week of silence at Norcroft, an artist colony on the North Shore of Lake Superior.  It w
as a leap I took with terror—fear of silence, fear of living with four strangers, fear of isolation, (no phones, no internet, no email).  I’d never left my husband or my children for more than a short weekend, and here I was going off for a week to live with strangers in the woods.  “What are you thinking?” people asked, and I couldn’t answer.  Before I drove away, I promised my husband I’d find the nearest pay phone and call daily, and if the strangers were too strange, I’d feign a horrible sickness and head home.

More than a decade later, I don’t remember the writers I lived with that short week, or what I wrote, but I do remember vividly my new love affair with silence, how I woke up eager to walk the wood path to my writing shed with nothing but lake and sky and page to fill my day.  I had a thermos of hot coffee, and an endless stretch of dream time. On the second day, I found a pay phone down the road and called my family once.  By the time I hit day five, I considered it my home.  If it hadn’t been for the next resident arriving, I’d still be in that shed.

So what happened to the terror?  In that one, fortuitous week I discovered the great gift of solitary, work time.  Somehow, I’d made it all the way to forty, without a straight shot of uninterrupted time devoted to my fiction.  Like so many of my peers, I balanced work and writing, friends and family, obligations and delights, plus a steady stream of email to be answered. In fact, I’d made it deep into adulthood without seven days of silence by myself.

Norcroft was my first escape, but it wasn’t long before I craved another writing residency.  (My next one at the Anderson Center inspired SPARROW ROAD.)  Now, as often as I’m able—every two or three years—I head away for thirty days of deep immersion in my fiction, a rare and valued opportunity to live fully in the second universe of story, to occupy my dream world, and the longer that I live there, the more real that world becomes.

This year, thanks in part to a sabbatical, and an incredibly supportive family, I signed on for three residencies: a month at Woodstock Byrdcliffe; a month at the Artist Studios of Key West; two enchanted weeks at the Tyrone Guthrie Center at Annaghmakerrig, Ireland.  In that time and between, I wrote two drafts of a novel, and completed one radical revision.  I dreamt the story into being on long walks through the mountains, and bike rides to the beach, and staring at the great green hills of Ireland for hours.  Mostly, I kept my own company in conversation with my characters, but I also had the company of artists—poets, painters, composers, dancers, playwrights, sculptors, animators--smart and thoughtful people, and a few became good friends.

An artist residency doesn’t speak to everyone, but I know it speaks to some.  And I’m here to say it’s possible; it is.  The first time I contemplated applying for a month, I called a poet-friend who’d done a two-week residency.  She’d left two young, pre-school children, and when I asked her how her family fared, she said the only thing that happened was a dryer full of sand.  Sand? I thought.  I’ll do it.  “They’ll be fine,” she said.  “You’ll be fine.  Your kids are teens.  Go for the full month. You won’t regret it.”

She didn’t know it then, but she’d given me a gift: permission and encouragement to take time for my work.  So I give it now to you.  Run away.  Take a month, a week, or two weeks.  Take five days.  If you can’t make a great escape now, put it on your wish list, make it happen.  Your imagination needs it.  Your creative life deserves it.