The Importance of “No” (November Theme from Jody Feldman)

For much of my early life, I truly identified with one song from Oklahoma. It wasn’t in the greater meaning of the lyrics as they related to the story, but in its first line: "I’m just a girl who can’t say no."

When people asked me to volunteer–to sit on some committee, to chair some responsibility, to be secretary or treasurer or president of some club or organization–I did. I didn’t always feel the most qualified, but part of me, I suppose, was flattered to be asked.

There came a time, though, when I was spread too thin. That’s when I learned that saying no was both beneficial to me, and was in the best interest of the group that needed more than I had to give at the moment. Sometimes saying no is the most positive thing a person can do.

Once upon a time, before I got an offer of publication for The Gollywhopper Games, a very wonderful, high-profile editor sent my agent a rejection that included an abbreviated editorial letter. She had some issues with that incarnation of the manuscript and seemed open to looking at a revision. I said YES, large and loudly. I made changes. I sent the reincarnation back to my agent. Our subsequent dialogue went something like this:

Agent: This version is so much stronger, but here’s the problem. I know Editor’s taste very well, and the fact is, you didn't go deep enough with your changes to suit her. Do you think you can take it a step further? Can you do X, Y, and Z?
Me: If I did X, Y, and Z, I’m afraid I would lose the spirit of the story I’ve wanted to tell.
Agent: You're right. I will try someone else. 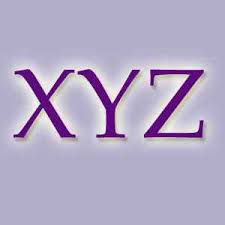 The Gollywhopper Games sold on its next submission.

None of that, though, has turned me into a No Person.
I still say yes, but when I want to.
And I always say yes to the suggestions that comes in editorial letters and copyedits.
Sort of.
I find it vital to at least consider every point–from commas to wholesale changes–my amazing editorial team mentions. Saying ‘no’ would be truly counterproductive; I owe it to the time and effort we’ve all poured into the books. These professionals deal with story every day. They know what works and what doesn’t. They come in with the fresh eyes I wish I had. If I choose to say no, it’s with deep thought and often some discussion.

I reserve my kneejerk nos to kids heading toward electric outlets with forks, and to nori and liver and hard-boiled egg yolks. So what’s changed, really? I may have started as that girl who can’t say no, but along the way I’ve found that finding my no voice has worked to make all my yeses that much more sincere.