Thanksgiving is on the way and I'm hungry for all of the flavors of the season. One of my favorite parts of the Thanksgiving meal is the pumpkin pie –to me, it’s the exclamation point on this traditional, celebratory meal. If you have ever baked a pumpkin pie, you know how soft (and messy) it is when it goes into the oven.

When I began writing for children, I simply wrote. I knew so little – I didn’t even know what I didn't know – kind of like baking a pie from scratch without a recipe – or an oven. I knew it wasn’t very good writing, but I was engaged and having fun. Eventually, that wasn’t enough and I began to seek out good writing ingredients and an oven through workshops and instructors. I learned the basics, joined SCBWI, attended conferences, joined a critique group. My stories improved and I gained confidence. I baked up a storm of stories and poetry. 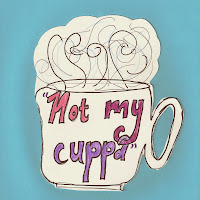 Several years later I started to submit my stories, and soon after I started to hear "no." I racked up dozens of: “thanks, but no,” “thanks, not right for us,” and one “not my cuppa,” which still makes me smile. Every once in a while I would hear, “not this one, but please send something else.” I sold a couple of poems to magazines. Then I received a note from an editor saying that she loved one of my picture books and she was sending it around her office for feedback! How exciting! My story might be published! I waited and hoped. And then the word came back: "no." More specifically, something to the effect:  “We love the language of your story, but it’s slight – we can't figure out how to produce this. We have to turn it down. Please send more.” Oh.

After the disappointment wore off, I wondered: Now what? I had come so close, or so I thought. I did send more, but nothing else tempted the editor. So I stepped back and assessed. My one story was delicious and satisfying enough for an editor to nibble, but not enough that she wanted to serve it, and nothing else was coming close. Was it possible that I was serving half-baked pies in the form of my manuscripts? Nobody wants to eat a half-baked pie!

This very kind, thoughtful maybe/no was a turning point. As much effort as I had put into my storytelling, I knew that I was still missing something, but I didn’t know what I was missing. I needed help – experts that could help me move from half-baked stories to something complete – something that was as good as I could make it and that might tempt an editor. As luck would have it, Hamline University was starting their MFA program in writing for children and young adults –I applied, was accepted, and a world of expert children’s author/instructors, a committed staff, and a network of like-minded students became mine. Oh, I wrote my share of half-baked stories and poetry while a student at Hamline. The beauty of writing with supervision is that I began to understand where my stories were half-baked, raw, or beginning to set. 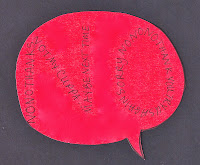 I know many authors who have succeeded without a formal MFA program, and going through the program did not ensure my success. Regardless of an author’s approach, the process of getting to yes is the same. We mix up and bake our stories over and over and over, adding ingredients, taking some away, changing the temperature, hearing no, trying and trying to make our stories so irresistible that an editor is tempted to bite. Eventually, that is what happened for me. After ten years of nonothanksnotthismaybenonono,I received that single small magical word: yes. My fishing poetry, eventually entitled GONE FISHING: A Novel in Verse, would become a book. 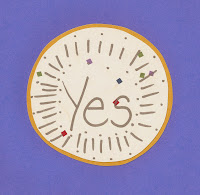 I still hear "no" much more than I hear “yes.” Even the best, most revered authors do as well. It is a part of our field, and if we want to continue doing what we do, we must accept no and not let it be our undoing. Instead of thinking of no as no, I've begun to think of it as not now, not with this editor, or not this way. It leaves open the possibility that down the road, with the proper ingredients and baking time, I might hear: Yes. This is delicious; it is something we would like to sink our teeth into. Before we serve it to the world, let's bake it just a tiny bit more, and while we're at it, let's add some whip cream and maybe a few sprinkles.

Here's wishing you a Happy Thanksgiving, and in your writing and your pie-making, I wish you happy baking!

Tamera Wissinger is the author of GONE FISHING: A Novel in Verse, which arrived last March from Houghton Mifflin Books for Children. She also recently heard “yes” to two picture book manuscripts: THIS OLD BAND and THERE WAS AN OLD LADY WHO GOBBLED A SKINK. Both are from Sky Pony Press and will arrive in 2014 and 2015 respectively.