From Globetrotting Sleuths to Backyard Rangers: My Journey from YA to MG Mystery (Diana Renn)

My first three novels were YA mysteries featuring globetrotting teen sleuths, set in Japan, Ecuador, and Turkey. I also wrote a mystery for adults set in Egypt and Italy. International intrigue was fun to write. The research, though extensive, was fascinating.

While writing my adult novel, I was immersing myself in reading middle grade with my son, then in fourth grade. We were also fostering a clutch of turtle hatchlings for a local wildlife conservation group. An idea for a mystery of missing turtles hatched. I heard the main character’s voice and knew that this had to be a middle grade story. I wanted to stick with mystery, and wildlife crime fascinated me. But writing a middle grade mystery wasn’t as easy as I thought!

I did not want to sacrifice my character’s complex inner lives, though. Personal growth through the process of investigating a mystery was still important to me. In Trouble at Turtle Pond, I knew my main sleuth would have ADHD, and that he would need to learn about his strengths to heal a wound from his past. I wanted the readers to have plenty of access to his thoughts and feelings as he navigated new friendships in a new town. So I left that interior complexity intact, and found other places to streamline.

One place to simplify was geography. Miles and his fellow “Backyard Rangers” operate in about one square mile of territory: their street and an adjacent wildlife refuge, with occasional forays into the Marsh Hollow town center. They are bound to this small region by their lack of transportation and their parents’ rules. I thought this world might be too confining at first. However, I was pleasantly surprised to discover how big that world feels to them. At eleven, my characters are just starting to venture out of their yards and into areas where they are not entirely supervised. In one scene, Miles climbs an observation tower at the wildlife refuge and notes a warning sign about not leaving children unsupervised. “It feels great to be an unsupervised child!” he rejoices. Their world contains all the drama I need: intriguing suspects, nosy neighbors, odd goings-on at the pond, and turtles – lots of turtles. In addition, the kids operate a ranger station and lemonade stand out of a cardboard box, which draws new people to them, further broadening their world without their ever having to leave it.

Another speed bump I hit was assuming young readers would track the mystery plot as easily as older readers. Some young readers of an early draft alerted me to potential confusion. Since middle grade readers are still relatively new to genre fiction, I therefore provided a bit of “mystery scaffolding” to guide them. This was easy to do since the four sleuths work together to pool information, frequently sharing what they know, don’t know, or still need to know. One character jots observations in a field journal. Another keeps a crime log and loves her lists. Miles, my main sleuth, teaches the others about means, motives, and opportunity, terms he’s gleaned from a cop show his parents watch. Additionally, I simplified the mystery plot by having only four suspects, and fewer plot twists.

I realized pretty quickly that I had to adjust the dials on the nature of the crime and the type of criminals I was dealing with. I didn’t want too much violence, but I did want to keep readers in suspense. I aimed for what adults might call “mild peril.” There are definitely some bad players afoot, and a couple of heart-pounding brushes with them. But unlike my YA or adult novels, no one is cornering people in dark alleys, or brandishing guns, or even laying a hand on a kid. A lot of the suspense comes from the child characters’ lack of full understanding of what they’re seeing. For example, the routine activities of field biologists setting nets in a pond and tracking nesting turtles at night with radio telemetry equipment can look scary, even sinister, in the dark, or from a distance. The imagination is a powerful thing, and I leaned heavily on it. I also leveraged one anxious character’s tendency toward catastrophic thinking. Scenes of physical danger had always drained me when writing my books for older readers, so I found it refreshing to keep the danger more at a distance, more suggestive and imagination-fueled than physically palpable.

My biggest learning curve was with voice. While learning to calibrate mysteries for younger readers, I had to hone the voice that had launched this novel, as the story was told in first person. The voice sputtered like a bad radio signal at first, but the more I connected with Miles’s emotional life, the more clearly I heard him. I did many revisions that were not focused on the mystery plot, but entirely on character and voice. I worked to eliminate observations or phrasing that seemed too teen or even too adult. So I was essentially learning on two levels as I wrote: how to write a middle grade mystery in particular, and how to write middle grade in general.

The speed bumps I hit were all instructive, and ultimately freeing, as I came to see the wonderful possibilities in writing mysteries for this age group. Now I’m hooked, hard at work on my second MG mystery . . . and having a smoother ride this time around because of all I’ve learned. 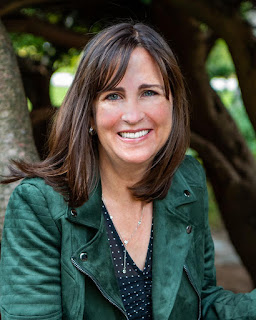 Diana Renn is the author of three YA mysteries featuring globetrotting teens: TOKYO HEIST, LATITUDE ZERO, and BLUE VOYAGE (all published by Viking / Penguin Random House). Closer to home, her new middle grade novel, TROUBLE AT TURTLE POND (Fitzroy Books / Regal House), was inspired by her volunteer work with Zoo New England’s turtle conservation program. Diana lives outside of Boston, and shares a street with turtles. Visit her online at dianarennbooks.com or on Instagram at @dianarennbooks.com.