This month our blog is focusing on the themes of fearlessness, impatience, and adventurousness, so I thought I’d highlight some great new middle grade books including these themes that I’ve featured recently on my other blog, Book Q&As with Deborah Kalb. 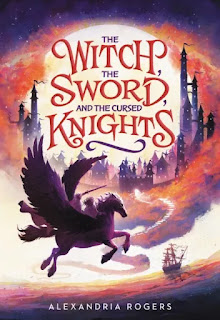 Alexandria Rogers’ new middle grade novel, The Witch, the Sword, and the Cursed Knights, focuses on two kids who end up in the midst of the legend of Camelot. “I wanted Camelot to have been real, and I wanted to see what the world would become if such a utopian kingdom fell,” she told me. “It made me ask more questions that excited me. Was it never truly that utopic to begin with? Who believed Camelot was the answer to their problems? Who believed King Arthur was their savior? Who didn't? Why?” 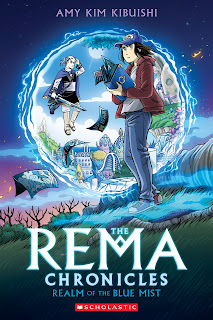 Amy Kim Kibuishi’s new MG graphic novel, The Rema Chronicles: Realm of the Blue Mist, is the first in a series. “Most of Rema is deeply inspired by events in my life and the landscape of my mother’s hometown of Chumunjin, South Korea, but I kept adding fun stuff, too,” she said. “Every time I was inspired by something – a good video game, a fantastic novel, or fun anime – it went into Rema’s development.” 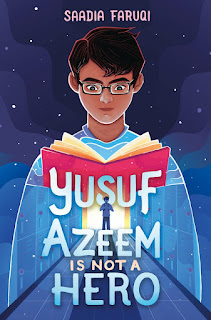 Saadia Faruqi’s MG novel, Yusuf Azeem Is Not a Hero, tells the story of a Muslim American boy growing up in Texas. “In Yusuf, I wanted to create a character that was sweet, gentle, curious, and loving,” she said. “Unfortunately, Americans often have a very stereotypically negative image of Muslim males as unyielding and harsh and possibly even violent, and I yearned to shatter those stereotypes.” 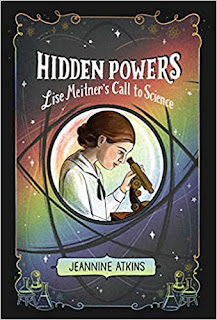 And Jeannine Atkins’s new biographical work for upper MG readers, Hidden Powers, looks at the life of physicist Lise Meitner. “I think perhaps Lise Meitner’s greatest legacy was her refusal to work on the atomic bomb,” Atkins said. “Many of her peers, including Einstein, supported the bomb being built, and many, including Einstein, deeply regretted that support.”

I’m glad to share these interviews, and hope you take a further look at the books!