How I Got Published - Irene Latham 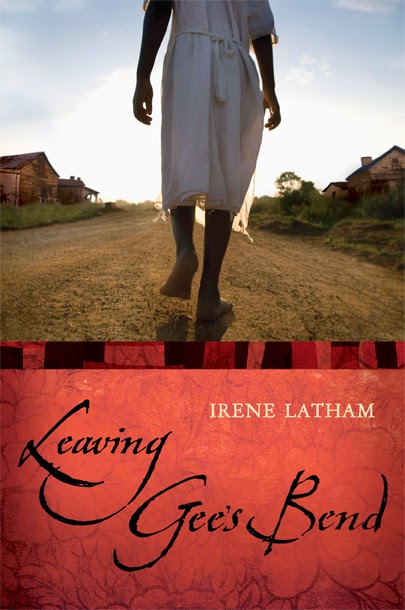 One thing I love about writing is how each person's journey to publication is so very unique! When I was first struggling to get published, I loved reading all the different ways to Destination Book Deal. I still love reading those stories! There's a little bit of magic in each and every one.

And since the questions I get asked most often are about the timing of these things, I've decided to present mine as a timeline. Enjoy!


October 2004: attended my first Southern-Breeze SCBWI conference. Had a formal manuscript critique of the first middle grade novel I ever completed, and the editor asked me to send the full! (I did, and I got a very, encouraging rejection. That novel never sold.)

February & October 2005: attended two SCBWI conference and had my new manuscript then titled THE WITCHES OF GEE'S BEND critiqued by an author at one conference, and an editor at the other. I started submitting. My dream was to be discovered off the slush pile. I got a slew of no responses, a couple of nice rejections, and a couple of form rejections. I only submitted to people/houses I'd made connections with through the conferences.

October 2006: Yet another SCBWI conference. Heard agent Rosemary Stimola speak. Thought, hmmm, maybe there's something to this agent thing. I loved Rosemary's straightforwardness and industry savvy. (Suzanne Collins, anyone?) Shortly after the conference I submitted my manuscript.

Within 15 minutes, Rosemary rejected it because it was written as a novel-in-verse, and she said she couldn't sell it.

So I decided I would rewrite it in prose.

Upon rewrite, it STILL wasn't quite right, so...

April 2007: I started writing the novel again and made two very important changes: changed from 3rd person to 1st and made my MC a girl instead of a boy. Also I spent a great deal of time studying Sol Stein's books.

June 2007: Submitted my new manuscript to Rosemary. This time she said YES! The first editor she sent it to was interested, but wanted to see revisions based on her notes. I spent 6 weeks working on those, and then we sent the book back to her. It was summer, during which much of publishing schedules become erratic. There was lots and lots of waiting. And then....

January 2010: After much hard work with Excellent Editor Stacey Barney (seriously, I feel like I earned my MFA with her), LEAVING GEE'S BEND was released by G.P. Putnam's Sons/Penguin.

Five years later I still get misty-eyed when I talk about that book. SO special -- and life-changing for me. Firsts are like that.

Happy writing -- and if you are out there trying to get published, keep going!
Labels: getting published irene latham Leaving Gee's Bend