I am so pleased to be doing a post this month with Kerry O’Malley Cerra, the author of the middle grade book, JUST A DROP OF WATER. When I read about the book on another site, I immediately thought of this month’s theme of freedom, what it means and what the costs are.  Here's what Kirkus had to say about the book: 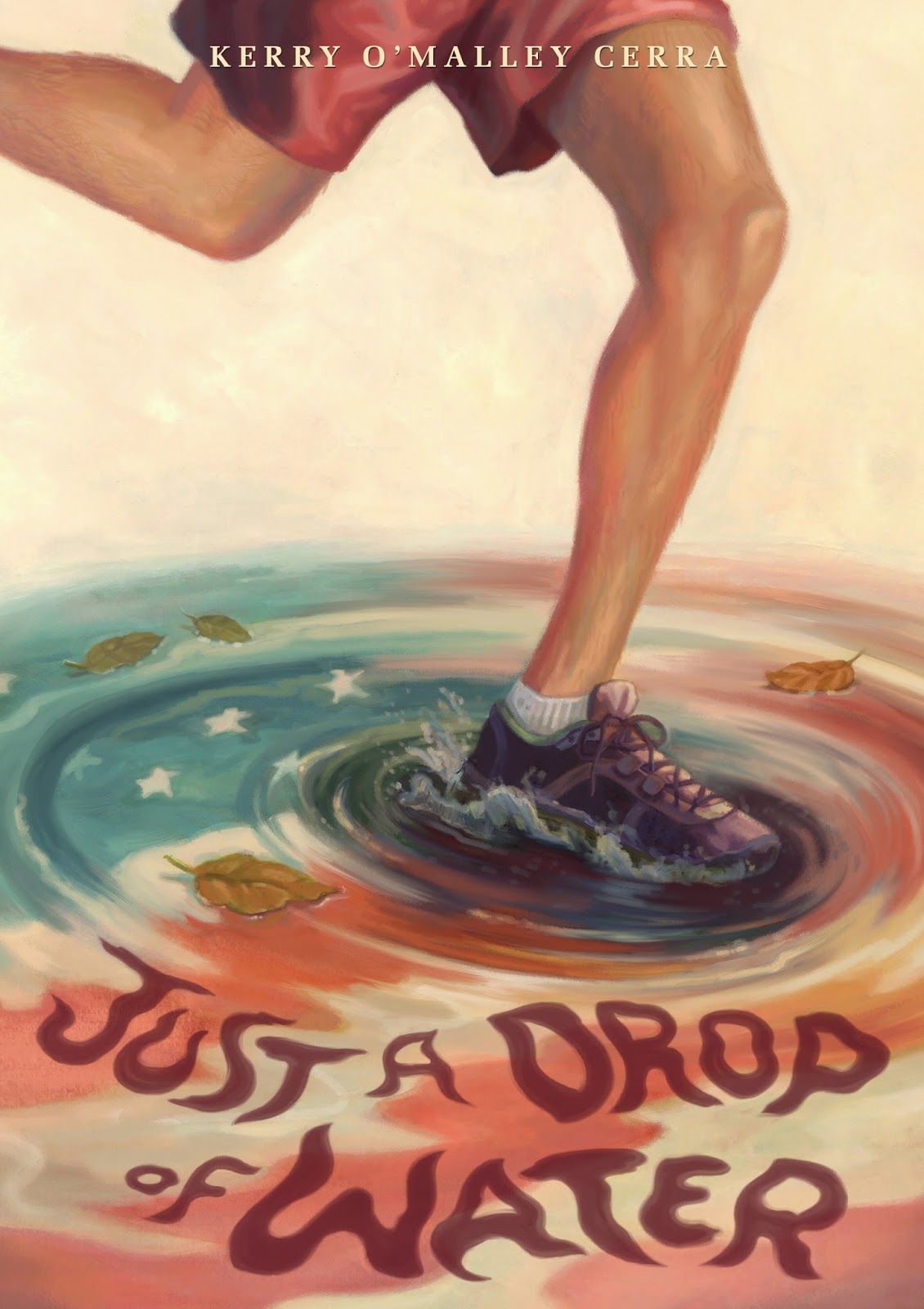 Just a Drop of Water
Kirkus calls the book:
“A perceptive exploration of an event its audience already sees as history.”
“…the supplemental material middle-grade history teachers are looking for…”

Ever since he was little, Jake Green has longed to be a soldier and a hero like his grandpa, who died serving his country. Right now, though, he just wants to outsmart—and outrun—the rival cross country team, Palmetto Ridge. But then the tragedy of September 11 happens. It’s quickly discovered that one of the hijackers lived nearby, making Jake’s Florida town an FBI hot spot. Two days later, the tragedy becomes even more personal when Jake’s best friend, Sam Madina, is pummeled for being an Arab Muslim by their bully classmate, Bobby.
According to Jake’s personal code of conduct, anyone who beats up your best friend is due for a butt kicking, so Jake goes after Bobby. But soon after, Sam’s father is detained by the FBI and Jake’s mom doubts the innocence of Sam’s family, forcing Jake to choose between his best friend and his parents. When Jake finds out that Sam’s been keeping secrets, too, he doesn’t know who his allies are anymore. But the final blow comes when his grandpa’s real past is revealed to Jake. Suddenly, everything he ever knew to be true feels like one big lie. In the end, he must decide: either walk away from Sam and the revenge that Bobby has planned, or become the hero he’s always aspired to be.
A gripping and intensely touching debut middle grade novel by Kerry O’Malley Cerra, Just a Drop of Water brings the events of September 11, which shook the world, into the lens of a young boy who is desperately trying to understand the ramifications of this life-altering event.

Pretty quickly after the attacks, it was discovered that Mohamed Atta—the lead hijacker of the plane that flew into the north tower in New York City—lived in our town. Fear was already heightened throughout America, but this information almost paralyzed me. I had three small kids and I couldn’t help but wonder if we’d seen Atta at the grocery store, a restaurant, the park, the bank. At the same time these scenarios were running though my head, I discovered that a close college friend—who is Muslim—was having a difficult time and that his parents, who lived in the town where the terrorists took flight lessons, were being questioned. I wish I could say I believed their innocence in that moment, but it would be a lie. I’ve never really forgiven myself for that.

2    What motivated you to write JUST A DROP OF WATER?

As I mentioned above, I didn’t like myself for doubting my friend and his family. Once my head cleared and the fear subsided a little, I knew—with all that is in me—that they were innocent. I started to wonder why I doubted them in the first place. And, I wondered if my kids, at their young ages, would have ever doubted their friends. At what age do we go from trusting and innocent, to fearful and jaded? I wanted to explore that, and Just a Drop of Water is the result.

3.    What's the message you want readers to take away from the story?

I sincerely hope that the theme of peace comes though. While the terrorist attacks on Sept. 11 were tragic, I hope we can learn from them. Acceptance is the key to peace, and that begins with children. I don’t mean acceptance of terrorism, but acceptance of religious, cultural, racial, and all other differences to eventually create a world where we can live side by side, peacefully. When I see and hear stories about children in the Middle East being brainwashed and trained to hate at such young ages, it breaks my heart. Why can’t we be doing the same thing but with the opposite message? I hope that Just a Drop of Water is a step in that direction.
4.    Our theme this month is FREEDOM. How does that idea resonate with your book and all that took place during the events of 911 and the writing of your story?

I’ve always loved the word freedom. It’s a strong word that evokes much emotion for me.  Though freedom equates to rights, those rights come with much responsibility. That’s a hard concept for kids to grasp. In the story, Bobby is free to be whom he wants and he chooses to be a bully. Jake has the freedom to defend Sam. But, both of these roles come with responsibility and both, ultimately, have consequences. This is the part that Jake struggles with the most. If Bobby hits Sam, Bobby deserves to be hit in return, but all this does is get Jake in more trouble. He can’t see the fine line between standing up for what he believes in, yet finding a way to do that peacefully—finding a way to do it that won’t get him in trouble. How does this relate to war? If terrorists attack our country, is it okay to attack them back? When does defense cross the line? Is it better to find another way to solve the problem? These are all questions the book raises, and questions to be considered when freedom is discussed. I hope teachers, parents, and/or librarians will talk about this with kids as they read the book. 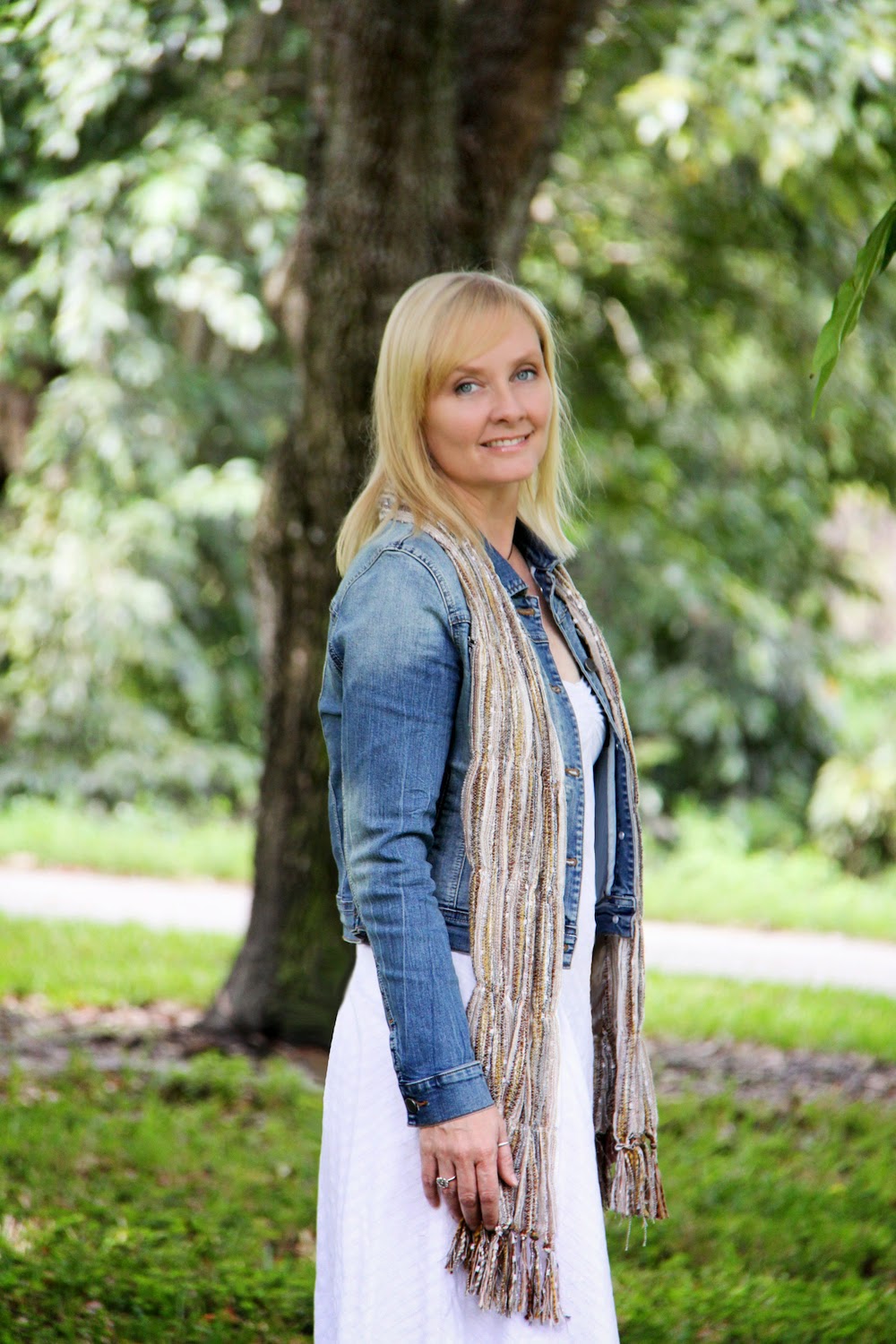 
MORE PRAISE FOR JUST A DROP OF WATER:

“9/11 reverberates in a middle-school boy’s life, thrusting him into a bigger and more threatening world.  This is history tensely told for readers too young to remember the moment when this century truly began.” —Richard Peck, author of  On The Wings of Heroes.

“Tackling a difficult topic, Kerry O’Malley Cerra captures the mood of the country right after September 11 in a way that’s not frightening or sensationalized. This well-told, poignant novel about prejudice, school bullying, and best friends should spark discussion and capture the hearts of young readers for a very long time.” —Augusta Scattergood, author of Glory Be

Memorable characters bring to life a story of friends who, after the tragedy of September 11, must confront the darker side of their community, their families and their hearts. Kerry Cerra is definitely a debut author to watch!  - Christina Diaz Gonzalez, author of The Red Umbrella and A Thunderous Whisper

“Kerry O’Malley Cerra has written a novel that is both brave and true. In showing us the darker sides of ourselves when confronted with tragedy and fear, her characters lead us to the light.” –Laurie Calkhoven, author of Michael at the Invasion of France, 1943 and The Boys of Wartime series

“This touching story is like the legend of the origami paper cranes, a symbols of peace, which states that if you fold one thousand of them, your heart’s desire will come true.”–Kathryn Fitzmaurice author of A Diamond in the Desert

Just a Drop of Water brings this generation’s young readers a glimpse of September 11 that is both thought-provoking and real.”–Caroline Starr Rose, author of May B