Lauren Magaziner, whose debut MG, THE ONLY THING WORSE THAN WITCHES, releases tomorrow, has stopped by with a treat: a sneak peek and giveaway! 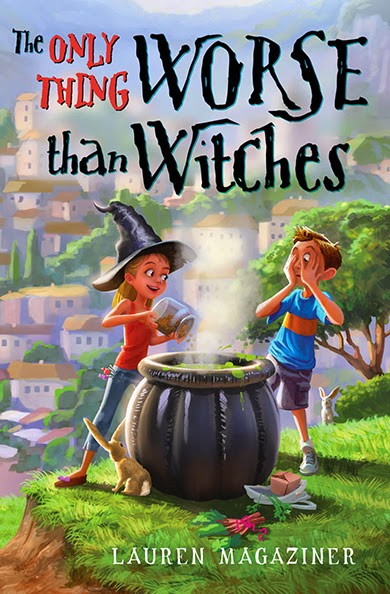 First, a bit about the book:

Rupert Campbell is fascinated by the witches who live nearby. He dreams of broomstick tours and souvenir potions, but Rupert’s mother forbids him from even looking at that part of town. The closest he can get to a witchy experience is sitting in class with his awful teacher Mrs. Frabbleknacker, who smells like bellybutton lint and forbids Rupert’s classmates from talking to each other before, during, and after class. So when he sees an ad to become a witch’s apprentice, Rupert simply can’t resist applying.

But Witchling Two isn’t exactly what Rupert expected. With a hankering for lollipops and the magical aptitude of a toad, she needs all the help she can get to pass her exams and become a full-fledged witch. She’s determined to help Rupert stand up to dreadful Mrs. Frabbleknacker too, but the witchling's magic will be as useful as a clump of seaweed unless Rupert can figure out a way to help her improve her spellcasting—and fast!


The witch clamped her hand over his mouth.


"The Fairfoul Witch, that's who!"


"My lair must have been booby-trapped for humans. I could smell the magic when we got close," the witch said. She let go of his mouth and grabbed his hand instead. She pulled him up the stairs that led away from the beach and up to the roads and restaurants of Gliverstoll.


The witch leaped up, skipping steps. Rupert ran after her, but then his side started to ache, and he panted for breath.


Rupert coughed and panted, and the witch paced back and forth on the steps above.


"Ah!" she said. "Okay." She closed her eyes, and when she opened them she looked fiercely behind Rupert. "I need to get this boy to move faster," she said.


Rupert looked behind him, but no one was there. Who was this witch talking to?


"I need a Jetpack," she said, and she snapped her fingers.


In a blink, the witch held a brown over-the-shoulder bag with a zipper on top and holes on the sides.


"Is the Jetpack in there?" Rupert said.


"They're getting closer," the witch said.


"Who?" Rupert asked, turning to look behind him again. Still, nothing.


"The witches . . . the Witches Council. The Fairfoul Witch and all her underlings."


The witch opened the pet sack. "This can work. Get in."


"You want me to get in there?" Rupert grabbed the pet sack. It was made for a medium-sized dog—or perhaps a giant cat. It couldn't possibly fit an average-sized boy like him. 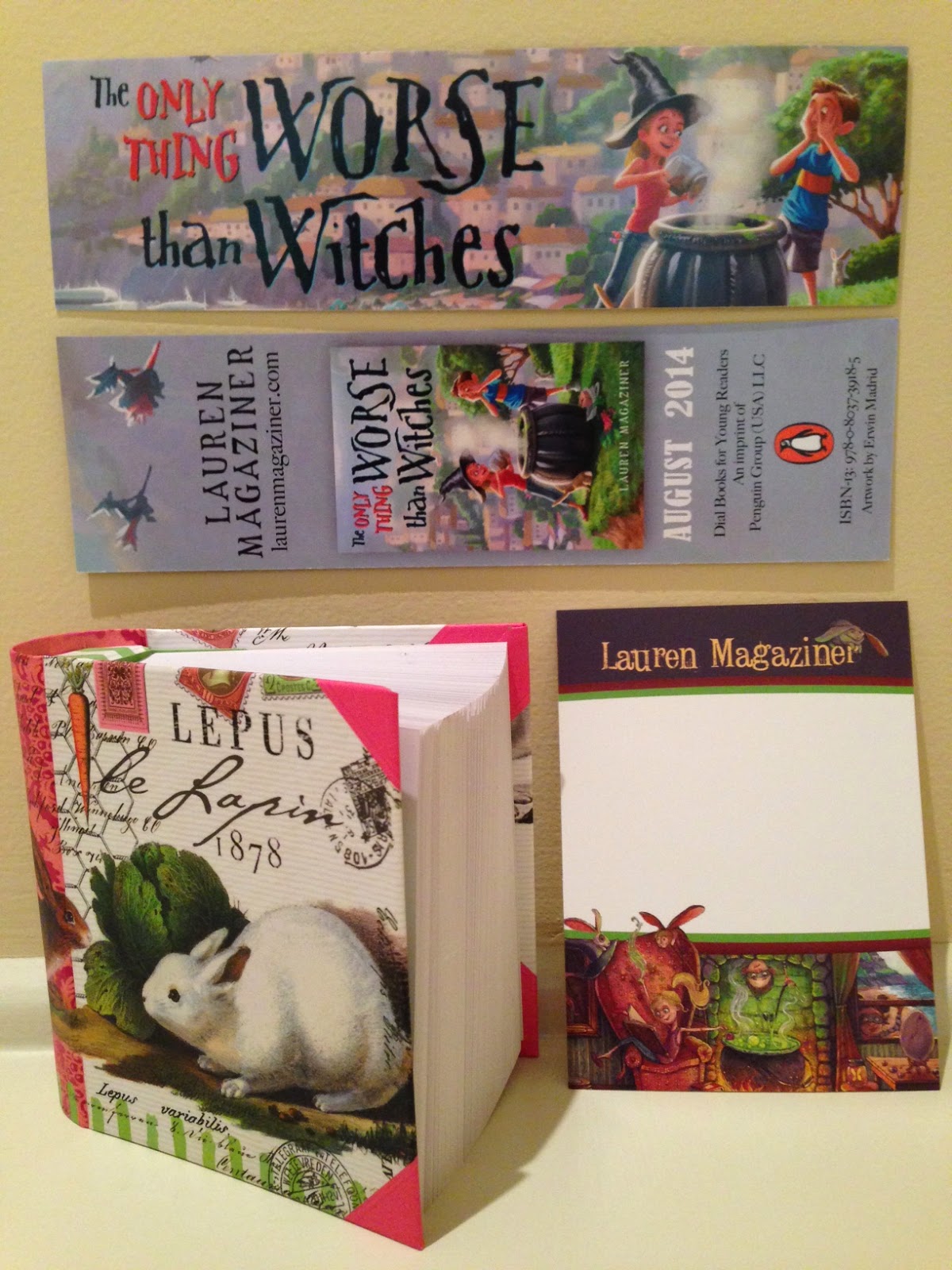 Sounds like an utter page-turner, doesn’t it?  Just like the kind of read that once sent us all under the covers with a flashlight past-bedtime.

Lauren’s kindly giving away bookmarks, a bookplate, and a bunny notebook to one of our lucky readers!  Giveaway ends August 20.