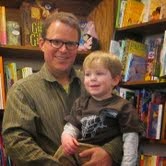 I’m lucky to live in a state with a host of wonderful writers, and one of those writers is Kurtis Scaletta, the author of Mudville, a Booklist Top 10 Sports Book for Youth, Mamba Point, which the New York Times Book Review called "entertaining and touching,” and The Tanglewood Terror, a Kids' Indie Next List Selection and winner of the Minnesota Readers' Choice Award.  His latest novel, The Winter of the Robots, has been called “a deft mix of middle school drama and edgy techno thrills” by Kirkus Reviews.  I’m delighted to talk craft with Kurtis at Between Writers, and I’m especially grateful for his good advice.


First, congratulations on your new book The Winter of the Robots.  It's always great to have new work in the world.  What excites you most about this latest novel?


For me the most exciting thing is that it’s my first book to be set in my own neighborhood (which is Victory).


I'm curious about your pre-writing process.  How much of the book do you know when you begin?


This has varied from book to book, but (for example) I wrote a series of lower middle-grade books where the concept was hammered out with the publishing company before a single line of the first book was actually written. For most of my longer books I really just start writing and see where it goes for a while, but then I start to structure – I find myself jotting down notes on the shape the book will take and the major turning points. I use something like a three act structure and work from there to chapter by chapter outlines. It’s not as orderly as it might sound.


So what are your goals in the first draft?


I edit a lot more while drafting than a lot of writing teachers recommend. I want a draft I feel good about, something that I want to work with.


Probably the biggest struggle for me is continuity. I realize midway through a story that a character is going to school for the sixth day in a row, or that there’s no clear way to move to the next act. Hence my wont for planning. I use a calendar to chart the events of the book, take notes on what each character is doing and what they want to accomplish and make sure that explains their actions.


Yes, absolutely. My wife reads the first draft, and my critique group sees the next one, and then my agent sees it. So by the time my editor sees it a lot of people have weighed in.


What writing advice would you give yourself and why?


Don’t be afraid to change your practice. If you feel uninspired or are dealing with writers block, try doing something else. Get a bright green sharpie and a pad of giant unlined paper. If you listen to music, turn it off and just open a window and write to the noise outside. If you usually write fantasy, write something realistic. Or vice versa. This is the advice I’m following right now—writing a draft by longhand instead of on a computer, which precludes editing-while-writing.


What projects are ahead?


Among other things I recently wrote a picture book manuscript I think has legs… or rather, wheels. 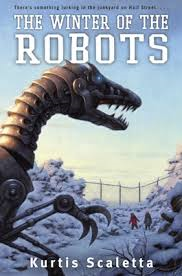