Skip to main content
Posted by Holly Schindler May 13, 2022 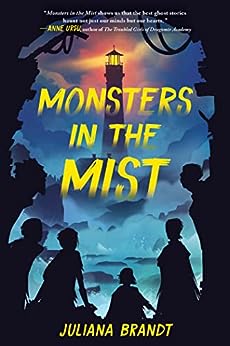 As a child, I always found spookiness tucked away in every corner of life.

I was prone to nightmares, and often, it felt as if those nightmares would bleed into the waking world. Because of this, I became highly tuned into anything my brain might latch onto and drag back into the night. Flickering shadows. Creeping sounds. Scary stories told around a campfire. Anything and everything could be fodder for a nightmare.

While most of that experience was unpleasant (let’s be real, child-me really could have done without the fear of sleeping), it did help create in me an inclination toward finding magic in the mundane.

In my day-job, I teach Kindergarten. I’m constantly shocked by the amount of information students bring to school with them. Part of why they already know so much at five and six years of age is because of how our brains are geared toward categorizing and labeling. It helps us make sense of the world, especially when we’re little and the whole world feels like a giant puzzle. A tree is a tree, no matter how it looks or how it behaves. A car is a car, no matter where it’s going. A person is a person, no matter what sort of character they have.

When we teach kids, we ask them to make greater sense of those categories, to shift elements from one label to another. “A tree is a tree, but it’s also a maple or a pine.” And the beautiful thing about kids is that the majority of the time, they make that shift with ease. They think carefully and create new bubbles of information in their minds, ways categories overlap with one another and ways they might be entirely separate.

Best of all, kids haven’t yet learned to feel shame when they’re “wrong” or when they’re asked to recategorize something. They’re open to possibilities about the world that adults don’t risk considering. I like to believe this is part of the reason why their imaginations are so powerful. A tree is a tree, and it might also be a pine or a maple…but it could also be a plant infused with a magic potion!

When I wrote Monsters in the Mist, I wanted to write a book that would tap into this. What would the experience be like if the normal world turned out to be infused with magic and with spookiness? What if the categories you thought were real, weren’t real at all? What if you were haunted by monsters, but the monsters were once normal people, and what if the key to defeating those monsters lies in your ability to shift labels, to be open to new information, to be willing to find magic in the mundane?

And most of all, what if the mundane wasn’t mundane at all, but was instead, exactly the thing you were supposed to fear?

It’s a powerful question, and it’s one I think a lot of kids consider: what parts of our world are we supposed to be nervous about or scared of? And if we are scared of something, what do we do about it?

This is where scary books and spooky stories and nightmares come into play. They allow kids to walk through scary situations and come out unscathed, just like I did when I was little. Those nightmares taught me to find magic. They taught me to turn spookiness into a story. Finding magic (and spookiness) in the mundane helped me become the author I am, and it most certainly helped me tell the story that can be found in Monsters in the Mist.

I hope you can find it as well, if you have the chance to read. 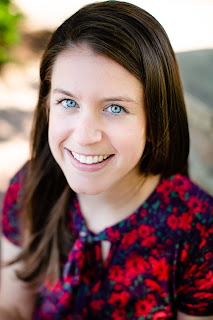 Juliana Brandt is an author and kindergarten teacher with a passion for storytelling that guides her in both of her jobs. She lives in her childhood home of Minnesota, and her writing is heavily influenced by travels around the country and decade living in the South.

When not working, she is usually exploring the great outdoors. Her novels, THE WOLF OF CAPE FEN, and A WILDER MAGIC were both published by SourcebooksKids. Up next is MONSTERS IN THE MIST which will publish in May, 2022. Her writing is represented by Natalie Lakosil of Irene Goodman Literary Agency.