It only Takes One Teacher: by Darlene Beck Jacobson


Mr. Costa, my fifth grade teacher, was a short, round man with glasses and a very serious disposition.  He believed in hard work and LOTS of homework.  We usually got something to do in every subject each night – except weekends. Mr. Costa was strict and took no nonsense.  Still, we’d sometimes catch him falling asleep during a movie or silent reading.   He was older than most of the other teachers.  I think we “wore him out” on occasion.
As strict and "old school" as Mr. C appeared, he was instrumental in leading me up a path that completely changed my life. Mr. C was the teacher who told mom during a conference that “Your daughter is college material.  She’s smart and should plan on going to college.  She’ll have a good future if she does.”
I grew up in an area that was blue collar and low income.  Not many people were college graduates and not many even attended college.  So, having him say that made Mom feel great, and made me realize I might be able to do what he said.  His confidence in my abilities and untapped potential gave me an early push toward a future I hadn’t thought about until then.  I thought about it often after that.  Never underestimate the influence one teacher can have on a student’s future. 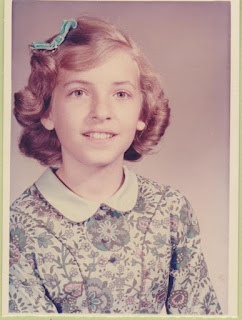