If You Love Your Book, Then Don't Let It Go - Linda Fausnet 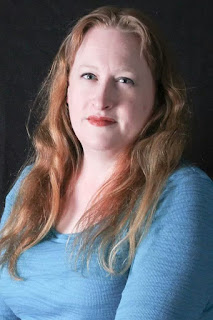 A few years ago, I wrote a blog post entitled Self-Publishing Means Never Having to Say Goodbye, in which I lamented how hard it was for me to let go of a novel that I knew would never be published, either traditionally or self-published. I loved the story, but it was for middle-graders who are notoriously absent on Twitter, Facebook, and Pinterest. I knew it would be nearly impossible to market to that age group online, so I sadly shelved the book forever.

Until two weeks ago when I published it.

Then I wrote a blog article entitled Why It's Okay to Publish a Book That Probably Won't Sell. It's much easier for me to market my chick lit and romance books, and I'm fairly sure my middle-grade book likely won't sell a ton of books.

So what? I'm the boss, now. I own my publishing company, Wannabe Pride Publishing, and I went right ahead and greenlit this project. No, it's not going to zoom up the Amazon charts, but the book is dedicated to my son and it made my daughter and critique partner cry – in a good way. In a touching, happy ending kind of way. 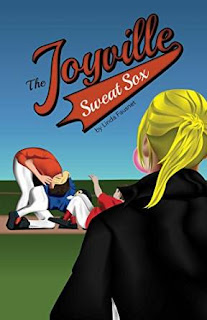 The book, entitled The Joyville Sweat Sox, is about baseball. I'm passionate about the sport, and I think that really shines through in the story. It's about a young woman who is forced to coach a baseball team full of clueless kids as punishment for breaking her town's No Anger law. It's won't be easy to teach them the rules of the game without losing her temper…The coach, Konnie Mack (get it, baseball fans?) has had anger management issues ever since she lost her father a few years back. The villain in the story, Bobby Hearsay, stole Joyville's baseball team in the middle of the night and moved them to another town. It was the same year Konnie's dad died. She feels she was robbed of that last special summer of going to games with her father.

Konnie hates the idea of coaching kids who don't even know how to play the game. Gradually, she softens, realizing, "They aren't the one who took baseball away from me and my dad. They're the ones bringing it back." She instills in them the love of the game that she shared with her father. At the end, the judge who sentenced her for getting mad in the first place actually comes to her defense for getting angry. This time, she got mad and risked severe punishment by standing up for her little players. The judge tells her that he's proud of her, and that he saw a lot of her father in her that day.

I tend to be overly sentimental when it comes to baseball. I can't watch Field of Dreams without completely falling apart… And that's why I wrote Joyville. I packed the tale with (hopefully) funny baseball references and lots and lots of heart and feel-good stuff.

It's really quite simple.

I like the book. I want to share the book with other people. I wanted a book that my kids could read and enjoy, and maybe some other kids would, too.

This will likely be my only foray into middle-grade territory. I'm currently working on a paranormal romance trilogy about ghosts from Gettysburg, and it's definitely NOT for kids. The first book I published was not for kids, and my next book is chick lit, which is okay for children, but won't interest them.

It's kind of cool to know that, for the rest of my life, I'll have a book out there for kids. You never know when someone will pick it up, read my words and smile, laugh, and maybe cry a little.

And that's the beauty of self-publishing. My book may only reach a handful of people, but I don’t have to say goodbye.

My book, THE JOYVILLE SWEAT SOX, is available here - http://www.amazon.com/dp/B00YXUD7FI

If you're a writer, I invite you to check out my writer support blog at www.wannabepride.com and you can join my Writer's mailing list here - http://wannabepride.com/blog/?page_id=3466.

Linda Fausnet
lindafausnet@gmail.com
~
Linda's also hosting a giveaway: US / Canadian residents can use the form below to enter to win a signed physical copy of THE JOYVILLE SWEAT SOX!
a Rafflecopter giveaway