GIVING MYSELF PERMISSION TO WRITE ACROSS CULTURE

I've long been fascinated by other cultures. I'm certain this interest is rooted in the two and a half years of my young life during which our family lived in Saudi Arabia. One of my favorite memories of living there was scaling the wall that surrounded the American compound where we lived to play with a Saudi girl. While we didn't speak the same language, we managed to communicate just fine and played games in the sandy street like marbles and hopscotch. We also spent a lot of time chasing goats off the roofs of cars – one of their favorite perches.

My curiosity about the way other people live only grew when, before returning to the States, my parents took our family on a worldwide adventure. 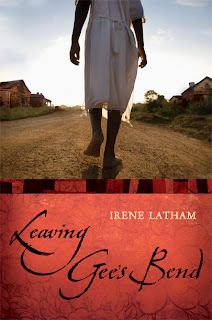 So really, it's no wonder that I am drawn to stories about people from other cultures. Writing these stories is a way to feed my own very personal obsessions. Such was the case with LEAVING GEE'S BEND, my debut middle grade novel which features an African American girl in 1932 Gee's Bend, Alabama.

What right did I have to tell this story when I am neither African American or from Gee's Bend? When I never toted water up from the spring or picked row upon row of cotton? How could I possibly know enough about the culture to write an authentic book? I was plagued by doubt and well aware that there are those among us who are vehemently opposed to authors writing across culture. 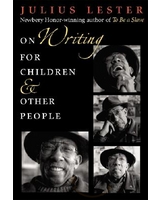 I found my permission – not so surprisingly, given my love of reading – from another writer: Julius Lester, author of the Newbery Honor award winning TO BE A SLAVE, and many others. In his book ON WRITING FOR CHILDREN & OTHER PEOPLE he describes some experiences that moved him from that place of opposition to one of openness. Here are two quotes I turn to again and again:

“The soul's identity does not necessarily correspond to the race, culture, class, or nation into which one is born.”

“To equate identity with race and culture is to deny the power of the imagination which can be the empathic bridge between nations, cultures, and individuals. Instead of placing barriers around a culture and denying others permission to enter we should be thankful that people from outside our group are interested, curious, want to learn, want to feel a sense of belonging with us. Cultures are not private reserves but humble offerings.”

These were the magic words that helped me give myself permission to write across culture. I still struggle mightily when I am working on one of these projects, because I so desperately want to get it right. What I have found is that the key is to focus on the things all humans have in common: our emotions. We all love in the same way, we all experience fear, pain, loneliness, joy. In our hearts, we are the same.

If you, too, struggle with giving yourself permission, please pick up Julius Lester's book!
Labels: irene latham Leaving Gee's Bend