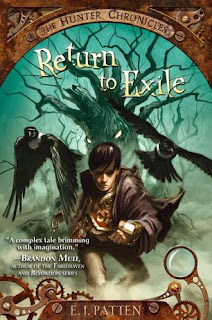 This month it's my pleasure to interview my friend and debut author, E.J. Patten. His Middle Reader novel, Return to Exile launched this fall from Simon & Schuster. This highly reviewed book is a great read, especially if you're a fan of monsters, traps, and humor.