RECYCLING MY PAST -- by Jane Kelley

Like most people, I don't believe I'm getting older. And so it came as a horrible shock when I realized that my 1960s childhood would be historical fiction. In fact, even my daughter's childhood would be. On 9/11/01, she watched the World Trade Center collapse from the windows of her 2nd grade classroom in Brooklyn.

I haven't found a good way to incorporate those experiences into a novel, but I have been mining the emotions of my childhood in all my writing.

After my first novel Nature Girl was published, I often told people that I got the idea for the book from our family vacation in Vermont when our daughter was the age of Megan. I always made it clear that Sofia was not the model for that whining, nature-hating, self-pitying girl who didn't think she could do anything. I was.

When I was young, my family took a hike in the woods. I complained so much about everything that I was given the nickname "Whiny Grumpus." I don't recall who called me that. But I vividly remember the emotions.  Feeling alienated from the rest of my family who cheerfully climbed hills. Feeling miserable that I couldn't keep up. Feeling powerless to change my situation. Feeling a brief satisfaction that my complaints got me the most precious commodity -- attention. Feeling sad that attention wasn't for anything good that I had done.

Kate Messner talks about finding your character's knot -- something she read about in Jeff Gerke's PLOT VERSUS CHARACTER. Ropes need to run smoothly in order to be useful. If your character has knots, then they won't be able to get on with their lives until they untangle them. She mentioned that writers often have their own knots. That sure resonated with me.

I'm not exactly writing fiction in lieu of therapy. I am, however, always on the lookout for sore spots that I can explore. 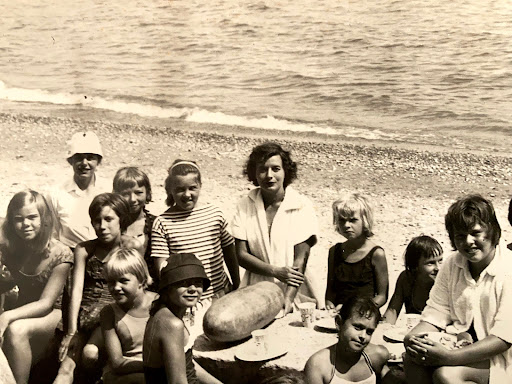 A beautiful day at the beach! So many friendly girls! Lovely Mom is going to cut open a delicious watermelon! What could be better? But let's zoom in on young Jane. 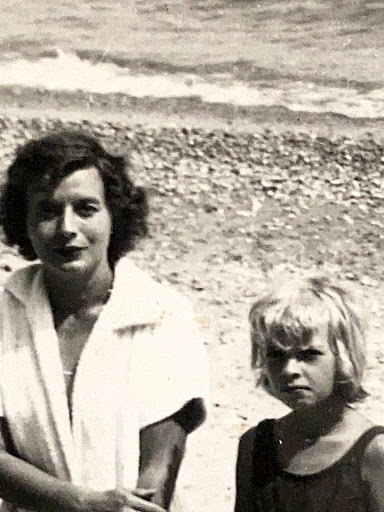 Jane Kelley is the author of Nature Girl, The Girl Behind the Glass, and most recently The Escapades of Clint McCool. The hero of those chapter books is a young boy who wants super powers. He doesn't seem to have much in common with her––except his powerful need for attention.