Get It in Writing!

For those of you who don’t know, the books I write tend to have puzzles and other mysteries about them. Fun, right? Except not so much fun when, months later, I’m revising and the puzzles puzzle me, the mysteries are mysteries to me, the codes appear as total randomness.

It starts in the fast-draft stage. With copious notes to lean on, I tend to charge ahead, adding to my word count with such rapidity that in about 8 weeks time, I have 60,000-80,000 words of a book, often, 20% of those words coming in the last week. Then I try to mop myself up and put myself back together. Most important, I let all those words take a long nap.

When I’m finally ready to revise, I’ll come across some reference that never appeared in my notes. In the moment, I’d created something brilliant, something that would play a major role in the plot. “I am so smart! I am nearly a freakin’ genius!”

Well, freakin’ genius, try and figure out exactly what you mean, right here in this chapter. 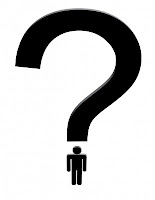 It’s a scene that played out two books ago. (What does that cryptic P.S. mean?) And in the revision
I finished in May. (What does GYTO mean?) And it happened again just this week with a book I hadn’t looked at in a year.

One character had texted the word, OF to the group. “What does OF mean?” said a newbie. “You’re smart enough to figure it out,” came the reply. Except she wasn’t. And I wasn’t. And part of the plot depended on that text.

I figured it out enough to move forward with the revision; I figure them all out enough. But I am certain, to my core, that’s not what I originally intended.

I’ve come to realize that this bad habit of rushing, of refusing to take 30 seconds to add the meaning of such cryptic-ness to my set of copious notes—that needs to change.
That is, unless I’m in the mood to drive myself completely batty.