I can't think about the month of May without starting to sing "It's May" from the musical Camelot, a delicious ode to springtime lust, as Guinivere, about to succumb to her fatal love for Lancelot, sings: "Those dreary vows that everyone takes, everyone breaks, everyone makes divine mistakes.. . ." Every time I hear it I want to rush out and make some divine mistakes myself. Isn't that what May is for?

When it comes to writing, there are those who swear by adherence to writing rules, what Blake Snyder, in his best-selling manual on plotting, Save the Cat, calls "the immutable laws" of storytelling, laws that can't be "discovered" because they "existed way before you or I came along." Then there are those who disavow allegiance to any rules at all, those who insist that "The only rule is that there are no rules." Or, in a variant I encountered of this in an online writing course I took years ago from writing guru Dennis Foley: "The only rule is don't bore the reader."

I have to confess that I fall in the first camp myself. I adore rules.I love writing sonnets in iambic pentameter with rhyme schemes from Shakespeare (ABAB, CDCD, EFEF, GG) or Petrarch (ABBA ABBA CDCDCD). I love writing chapter books because they are so tightly structured. It's a joy to me to bring in a manuscript as close to exactly 15,000 words as possible, with chapters of precisely the same length, drawing comfort from adhering to the constraints given by form itself.

Then there are what I consider my own personal writing rules: laws I impose on myself. Perhaps you have these, too. Here are some of mine. 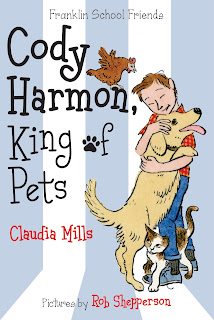 1. The central dramatic question for the book must click into place in the last line of the first chapter, which I consider to be the most important (and underrated) line of the entire book. This is where the reader is definitively informed what the book is going to be about. So the last line of the first chapter of my recent Cody Harmon, King of Pets, reads: "What kind of pet show would it be if Cody Harmon, king of pets, couldn't enter any pets at all?" The last line of my 7 x 9 = Trouble! reads: One note [sent home from Wilson's teacher to his parents about his poor progress learning multiplication facts] plus ten more times tables would equal three weeks of nothing but trouble." 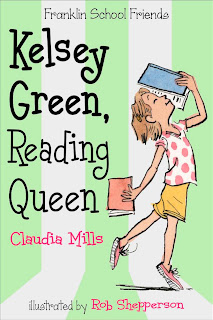 3. If any character is mentioned by name once, s/he needs to be mentioned (at least) twice.

4. But if any attention-drawing verb of speech (muttered, snarled, snapped) is used once, it should never be used again, unless the book is a very long one. Only one character can snarl per book!

Oh, I do love self-imposed writing rules. And yet . . . it's May. Maybe I should break one?

No! I can't do it! I think I'll make some other kind of May-inspired divine mistake instead. Hmm. Which one?