The Summer We Tempted Fate by Ann Haywood Leal

It was forbidden, which meant it beckoned to us all the more that summer between fourth and fifth grade.

So far, we'd made it to the very edge a few times, but none of that counted.

Sure, there were stories of kids who had made it, unscathed, but then there were the stories that might be considered in the urban legend category . . . kids from some other neighborhood who had been swallowed up by the mere dirt of the embankment, or who had fallen all the way to the berry fields at the bottom, torn apart by sticker bushes, both arms and legs broken. 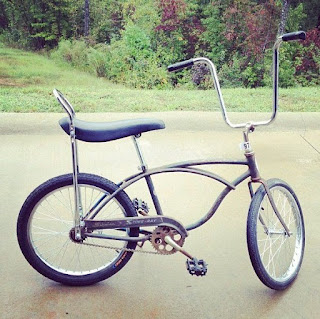 But this was our summer.  We were prepared to be a little battered and bruised, but we were going to make it.  We rode our ten-speeds and Stingrays over the fir needled streets of Forest Knoll and past the ranch houses of Forest Villa, with confidence that can only be possessed by a pack of unencumbered ten and eleven-year-olds in the heat of summer.

We stashed  our bikes in the safety of some thick rhododendron bushes and headed to where the grass stopped and the cliff began.

From our points of view, the cliff looked like this: 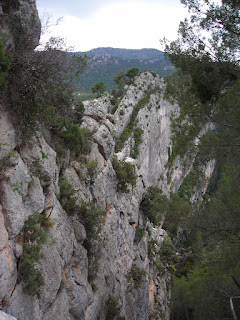 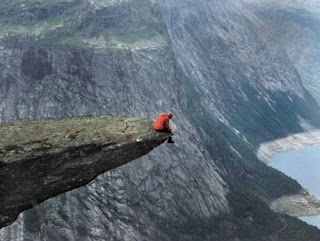 With Pixie Stix as our own form of Clif bar energy, we edged our way down sideways at times, and sometimes backwards.  But we made it.  We made it all the way down to the valley at the bottom and back up again, neighborhood victors.

We told our story to all who would listen, pausing dramatically as we described the rusty car without wheels and doors (quite possibly haunted) that had somehow made it halfway down.  We described the treacherous sinkholes toward the bottom (most definitely filled with quicksand) that we had all somehow managed to avoid.  And we made the solemn vow to never go back down again -- at least not without each other.  Fate couldn't be tempted twice, could it?


Only later on in my life did I see the cliff and the valley in a different way: 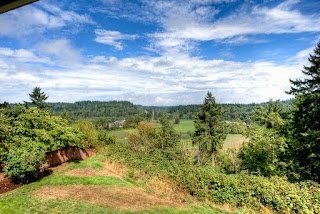 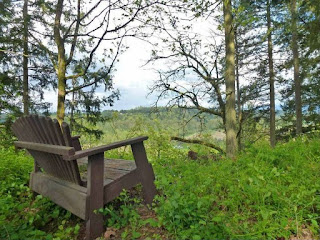 But no picture or adult point of view can do anything to change or spoil that victorious summer of my eleventh year.