A Summer Memory ... by Jane Kelley

Summer. We rode bikes. We read books. We swam in the lake. We made s'mores. We played kick the can. Then we did all these things again. And again.

The days, uninterrupted by the demands of school, flowed like a lazy river.

Then, one night there was a terrible storm. The next morning, we woke up and discovered a U.F.O. had landed in the empty field next to our house. A pirate ship had docked among the queen ann's lace. A jungle had grown up from the grass. 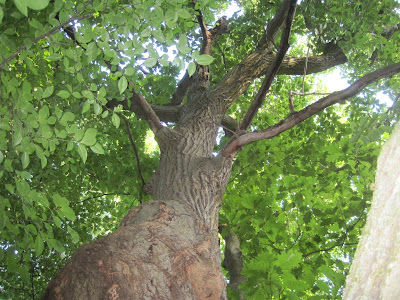 Or so it seemed. For when that storm knocked down a huge tree, everything changed. Now we spent all our time playing in the tree. It was perfect for hiding and climbing and even sitting and reading. How had we ever gotten along without it?

I don't remember which one of us got the first red spot. Soon we were all covered with an angry rash. We got poison ivy at least once a summer, no matter how we tried to avoid those leaves of three. But this was the worst ever. When the tree fell, it crushed the plants. The broken stems and leaves released their toxin much more readily.

Now every game had to be interrupted by "itch breaks" where we raced in circles to keep from succumbing to that brief ecstasy of scratching that would only, we knew, lead to regret. 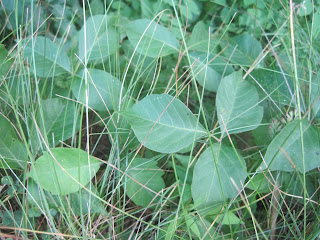 But we did not regret our time in the tree. We were only sorry that it was removed from the field so that someone could build a house. 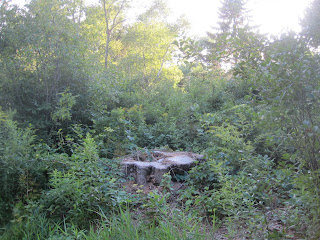