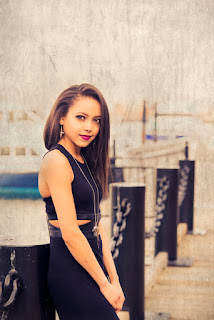 Today, we're joined by Danai Kadzere, author of THE PRINCESS GAMES--a fun read that can also lend itself to some important discussions with your young reader regarding femininity and what it means to be a girl today, as revealed by our recent discussion:

Tell us about the inspiration behind THE PRINCESS GAMES.


I am often inspired by my surroundings and the idea for ‘The Princess Games’ came to me when I was touring an old castle near my grandparents’ home in Niedersachsen, Germany! It was beautiful in a sleepy way and I was so excited to bring the castle’s world-that-could-be to life in the story!

I think it’s always important to teach girls that they can be and do more than be something nice to look at, especially in a time where popular culture has a strong idea of what a girl ‘should’ be and we see it in the media every day from young ages on and throughout our formative years. ‘The Princess Games’ isn’t there to lecture girls in any way, but I populated its world with different versions of girlhood, to reinforce the message that there’s no single correct way to be a girl. 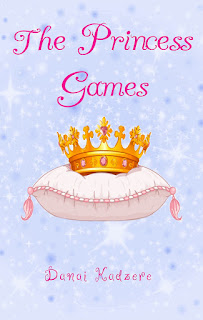 In the opening pages of the novel, Emma is quite clear that she doesn’t want to be a princess. Do you think it’s become a dirty word? How so?

I think in the same way as something being described as ‘girly’ tends to carry a very strong connotation of a certain type of femininity, ‘princess’ has some negative (or at least, strictly defined) connotations that many girls would want to distance themselves from, rightfully. I think that shouldn’t be the case – ‘princess’ and ‘queen’ should carry the same weight, power, and seriousness of ‘prince’ and ‘king’! Emma learns that in the book.

I also love the line regarding how “girls don’t participate in competitions.” It made me think of Obama’s recent definition of what it means to play like a girl. How did you approach definitions of femininity and strength / competitiveness as you drafted? Did you find that especially tricky when writing for a younger audience?

I grew up with sisters (one older and one younger), was a Girl Scout, and grew up with the ‘girls can do anything (at least) as well as boys can’ attitude, so it wasn’t particularly tricky to translate my experience of girlhood into something age appropriate. It was important to me to show both possibilities for competition among girls in ‘The Princess Games.’ There is both the destructive me-against-you competition and, later, the constructive challenging-each-other-to-be-better competition.

What can we expect to see from you next?

I’m working on a sequel to ‘The Princess Games,’ so keep an eye out!

Danai is giving three e-copies of THE PRINCESS GAMES! Fill out the form below to enter;  the giveaway ends November 30.

UPDATE: We're extending the giveaway! Just leave a comment below to enter.  Giveaway ends Dec. 8. (All entries in the Rafflecopter will also still count.)