A RECIPE TO AVOID DISASTER, MAYBE by Tracy Holczer

I should start off by saying that I've come to believe a story is a living, breathing thing. That in some magical way I don't understand (and hopefully never will), it exists separate from me. To be honest, when I'm writing true, when the words flow from their bottomless place, untethered, it scares the crap out of me. In that tummy-drop roller coaster sort of way. Because it feels as though I've connected with, or scooted too close to, something ginormous and if I make a wrong turn, it just might eat me up. 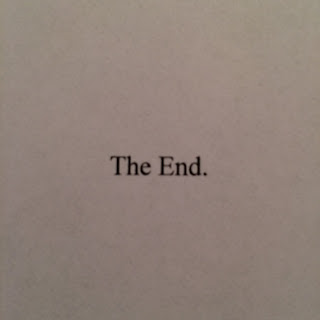 With that in mind, I just typed "The End" last night on book number two. The real book number two. What started three years ago as a Vietnam era story about a girl and the aftermath of her Dad coming home changed from the war, has turned into a contemporary novel in verse about a girl dealing with an accident that has put her father in a wheelchair. Her larger than life, dancing in the supermarket aisles, smooching on her mom, father.

The first version never worked and I didn't know why. Both deal with fathers who are less than they were, and daughters who feel overly responsible. The answer came when I broke the news to my agent that the latest draft was coming in verse. She said, "Just don't manufacture anything."

Up until that point, I realized, that's all I'd been doing. Not a single piece of that first story came freely. I had to yank and pull and scream and rip out my hair. I wasn't listening for the story. I wasn't getting still and asking all the right questions. I wasn't writing true.

I really don't want to do this again.

I'm certain I will do this again.

So here is a recipe of sorts. Things to consider along with me when in this very particular place:

2. Be passionate about the subject or set it aside.

4. Story doesn't come from the intellect, so don't look for it there.

5. There is no shame in giving up. Not every idea is The One.


Please add to my list in the comments section. We're all in this together!