BETWEEN WRITERS: A Conversation with Tommy Hays

WHAT I CAME TO TELL YOU is a moving, middle-grade novel, a starred-review novel, a novel that takes you into the underworld of shared grief, yet allows you to hold fast to hope.  It is exactly the kind of exquisitely written book I admire.  If you haven’t read it, I hope you will.  The author, Tommy Hays, writes fiction for both adults and young people, and I was eager to connect with him about the writing of this book, the lessons he’s learned along the way, and the joys of writing for middle-grade readers. 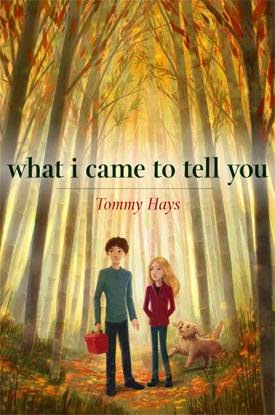 First, congratulations on your beautiful book WHAT I CAME TO TELL YOU.  You’ve had a successful career writing novels for adults, what brought you to the middle-grade genre?

Thank you very much!  Having children I think brought me to the genre.  We have two children.  A girl and a boy now both college age, but I used to read to them when they were little and read children’s books to them and I became interested in children’s books myself and then began to read them just for me.  I was attracted to their aura of innocence.  I don’t mean they were naïve but they just had this view of the world that in a way met my own way of looking at things more than adult novels.  Also I wanted to write something that I thought would engage my children. (There’s a brief essay on my web page about how the book sort of started with a comment by my son many years ago).  My second novel In the Family Way was told from the point of view of a ten year old boy, so I think I’ve always been more interested in the world of the child.

Did you begin with a clear sense of a middle-grade novel?  Did you have a sense of how a book for that audience might be different?

I did not begin with a clear sense of who this book was for other than I hoped it would be something that Max and Ruth would enjoy.  I don’t really ever think about audience, other than family, friends and my greater community.  I’d just come off writing The Pleasure Was Mine which was about a man who was caring for his wife who suffered from dementia and I was looking for a change of pace.  I also was a bit tired of the adult novelist’s world and decided to try to enter into the children’s writer’s world.  But the first draft I wrote of WHAT I CAME TO TELL YOU fell very flat, was shallow and probably written down to children.  It was only over time and over several drafts that I sort of gave in and wrote the book as I do my adult novels.  I mean I gave up being self-conscious about writing to children or for children and allowed bigger darker things to be at stake for Grover and Sudie.

From the first chapter, the reader is aware of a carefully executed story, a story with insight and intelligence, and real truth about the emotional reality of a grieving family.  Was there ever any concern that the book was “too old” for middle-grade readers?

As I say I didn’t know who this was for really.  Several adult novelists read it and said they felt it would make a great children’s novel but was as much a novel for adult readers.  Then several children writers read it and one in particular set out to me for various reasons that it was a middle grade novel not a YA novel.  I think she was basically saying it was too innocent and quiet to be otherwise.  Also Pat Scales, a noted children’s librarian and friend, read it and she said it would make a great middle grade novel.  It was all an education for me.  But I’ve met a couple of other writers who went through the same thing with their books.

Part of the beauty of this book, is your exquisite use of subtext—especially in dialogue and detail.  Do you have any thoughts about the child reader’s ability to read between the lines?  Was that a concern at all in the revision process?

I’ve always found children to be incredibly insightful and attentive, often more so than adults who are usually too busy to pay attention to much of anything.  So once I decided to write this book as I would any other I stopped worrying about the child reader not getting something I wrote, unless I just hadn’t done a very good job of embodying what I wanted to say.  And my wonderful editor Regina Griffin at Egmont USA never asked me to dumb down a thing.  She wanted to be true to the book and to Grover.

After writing novels for adults, were there particular joys about writing for this age group?

I did feel as if I entered into a different world.  As I said earlier, I entered into a world that has an aura of innocence and not in a sentimental or naïve way.  Just felt like I didn’t have to worry about engaging the cynical adult reader.  So that it felt like a more open kind of writing to me, more genuine maybe.

I guess the main challenge was realizing that I had to give in to the process I always went through with my books, rather than trying to impose my ideas of what a children’s book should be on the material. I had to give my characters free reign.  That took several drafts and several years.

Was the writing process different in any way—either generating or revising—than the books you’ve written for adults?

The writing process wasn’t really any different.  However, I will say that the editing process was far more engaging.  Regina spent an inordinate amount of time thinking about the novel with me and looking at all aspects in a way that my editors of my adult novels never did.  Felt like a much more thorough and satisfying process.  I knew by the time we were done that it was the best I could make it.

Do you have a reader in mind for this book?  A young reader?  A reader of any age?

My children when they were children and then everybody else.

Any other books for young people in your future?

I’m finishing a novel for adults but will definitely follow up with another children’s book as soon I’m done with this. 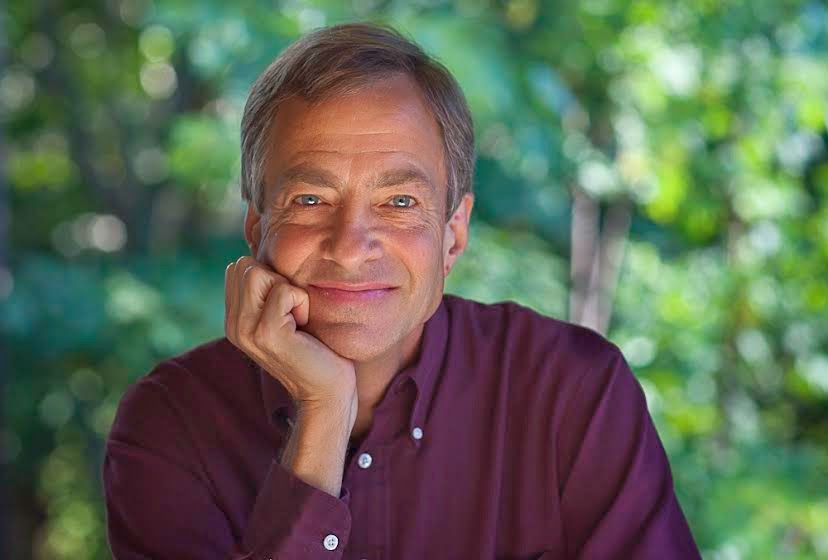 ABOUT TOMMY HAYS:  Tommy Hays’s first middle grade novel, What I Came to Tell You, published in September, was chosen as a Fall 2013 Okra Pick by the Southern Independent Booksellers Alliance (SIBA) as one of the books booksellers are most eager to sell. His novel, The Pleasure Was Mine, was a Finalist for the SIBA Fiction Award in 2006, and has been chosen for numerous community reads, including the One City, One Book program in Greensboro and the Amazing Read in Greenville, SC. The novel was read on National Public Radio’s “Radio Reader” and South Carolina ETVRadio’s “Southern Read”. His other novels are Sam’s Crossing, which has been recently re-released, and In the Family Way, winner of the Thomas Wolfe Memorial Literary Award. He is Executive Director of the Great Smokies Writing Program and Lecturer in the Master of Liberal Arts program at UNC Asheville. He teaches in the MFA Creative Writing Program at Murray State University and was the Sara Lura Matthews Self Writer-in-Residence at Converse College in January. A member of the National Book Critics Circle, he received his BA in English from Furman University and graduated from the MFA Program for Writers at Warren Wilson College. He lives in Asheville with his wife, Connie, and their two children, Max and Ruth.  WHAT I CAME TO TELL YOU, was chosen by the Atlanta Constitution as one of 12 books of 2013 it recommends for younger readers. For more information go to www.tommyhays.com.