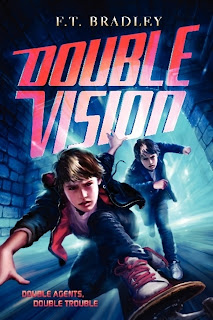 
Twelve-year-old Linc is a trouble-maker with a dilemma. His antics on a recent school field trip went way overboard, landing his already poor family with a serious lawsuit. So when two secret agents show up at his house, Linc is eager to take them up on their offer to make the lawsuit disappear. They just need one tiny favor.


Turns out Linc looks exactly like one of their top kid agents—an agent who's vanished during a vitally important mission. But no debriefing can prepare Linc for how dangerous the mission really is. It's too bad he isn't a black belt, a math genius, or a distance runner like his agent double. He'll need all those skills and more if he hopes to make it out of this mission alive. . . 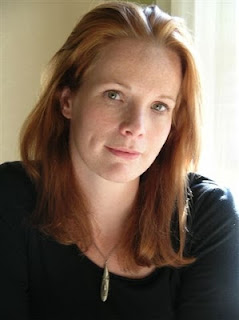 About F.T. Bradley
F.T. Bradley is originally from the Netherlands and still likes to travel, like Linc, whenever she gets a chance.  Her husband's Air Force career has F. T. and their two daughters moving all around the world, but for the moment the family lives on the Mississippi Gulf Coast.  Double Vision is the first book in her new series about Lincoln Baker and Ben Green.
You can find F.T. on the web at www.ftbradley.com, find Linc at www.doublevisionbooks.com, and follow F.T. on Twitter @FTBradleyAuthor.


If you told me a few years ago that I’d be published in middle-grade fiction, I would’ve told you that you’re nuts. It just never occurred to me to write for the eight-to-twelve year-old audience. Not until someone told me I should.


I got my start about ten years ago, writing short crime fiction. And that’s pretty much all I did for several years—I cut my teeth as a writer in short fiction. But after some time, I wanted to try my hand at novel-length fiction. You know, because that was where the money was being made (or at least more money than in short fiction).


I won’t go into my journey to publication too much, only that it took about four YA manuscripts, and a few hundred rejection letters until I turned to writing middle-grade. Looking back, I think I must’ve been crazy not to give up sooner.


But then I talked to my current agent (Stephen Barbara with Foundry Literary & Media), and he suggested based on my writing that I try writing middle-grade. Which I then had to learn to do—it’s a lot harder than it seems, writing for tweens. They’re smart, and see right through any plot holes or nonsense.


Luckily, I almost instantly came up with Linc, the main character in Double Vision. He’s that kid with a twinkle in his eye, always getting in trouble despite his good intentions. Linc is the fly-by-the-seat-of-your-pants type, but with a great heart. As you can tell, he’s very real to me. Even though I know he’s not.


So long story short: my agent and I worked on the concept (where Linc takes the place of a junior secret agent who looks just like him), the manuscript pages, and how the rest of the series should play out (I’m contracted to write three books). Once the series sold to Harper Children’s, a lot of that changed, but Linc stayed the same. He’s a blast to write. Did I mention that I think he’s a real kid?


Double Vision sold on proposal, which is very unusual for fiction. So whenever I tell the story to fellow writers, I add: this will probably not happen to you. You should really write the whole thing first.


But this is my strange story… I just finished the second book, and am now plotting book three in the Double Vision series. And Linc is as vivid as ever.
a Rafflecopter giveaway
Labels: Guest Post