Skip to main content
Labels
Posted by Author on the Loose November 28, 2022

My dad was a Navy vet, but while I admired his military service, it was his years of working in Grumman's, an aerospace firm, that inspired me. He worked on the Lunar Module, that part of the Apollo spacecraft that took the astronauts to the surface of the moon and then back to the Command Module that flew them back to Earth. 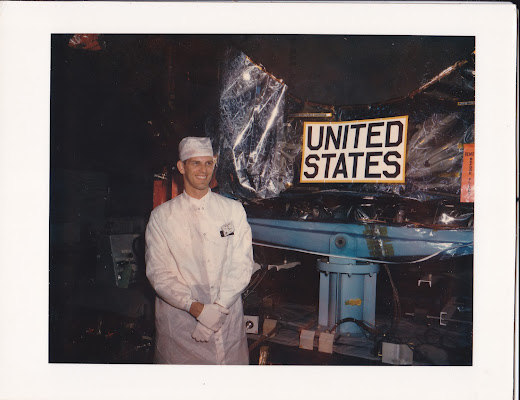 I listened to stories of the people he met- all the astronauts from the beginning of the space program- the Gemini, Mercury, and Apollo programs like John Glenn, Neil Armstrong, Buzz Aldrin, and Gus Grissom among others; stories about late nights trying to fix or finish the space craft because of launch dates, and hopes of where the space program would go. This fueled my imagination about What's Out There... And is the basis for why I write speculative fiction (sci fi, fantasy, paranormal, horror). I've written magazine articles interviewing Dr. Edgar Mitchell (Apollo 14) and about the space junk orbiting our planet. I have the start of a sci fi series, and am an avid follower of NASA to follow not only the Mars, Artemis, and other missions, but to glean ideas for my stories.

So thanks for the "back in my day" stories, Dad. I'm putting them to good use.

Charlotte writes MG, YA, NA, and adult novels in sci fi, fantasy, contemporary, and paranormal genres. She is the author of the award-winning middle grade Evolution Revolution trilogy, Simple Machines, Simple Plans, and Simple Lessons. She co-authored the YA novels Blonde OPS, Sirenz, and Sirenz Back in Fashion. She has two short stories in the Beware the Little White Rabbit (Alice through the Wormhole) and Scare Me to Sleep (Faces in the Wood) anthologies. Currently she is working on several novels for both children and adults, and her MFA. She lives in NJ with her family and her floofy cat. When they trimmed the backyard tree, the crazy squirrel couple had to move out.