One of my favorite parts of being connected to the children’s literature world is the spirit of kinship that comes with this field. Whether your orientation is toward teaching, parenting, writing, editing, library science, reading, marketing, or selling, it seems to me that one of our common goals is to produce good stories and ensure that those stories find their way into the hands (and hearts) of children.

This has never been more evident to me than this year - the year my first children’s book debuted. As a result of my soon-to-slip-away debut author status, I have had the good fortune to be a member of two debut author groups – The Class of 2k13 and The Lucky 13s; groups whose members have eased the uncertainties of a debut year through collaboration around common goals. Many came into the groups with online, marketing, and publishing savvy that they willingly shared with members like me whose experiences in those areas were slight or, ahem – non existent. Our shared efforts reach far beyond what I could have achieved on my own, and my own efforts have become focused and more effective. Throughout the year we have been cheering for successes, quietly lamenting letdowns, and of course – wildly celebrating each debut book as it releases. Even though our debut year is winding down, our relationships aren’t. We’re connected and I believe we’ll always stay connected in some fashion by virtue of our common past experiences and those to come. 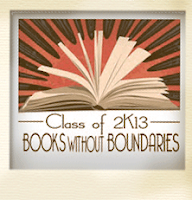 Moreover, there is an interlacing between the years. The 2013 groups formed in 2011, the 2014 groups formed in 2012 and early this year, and the 2015 debut groups are forming now and in the upcoming months – about the same lead time it takes to publish a book once it’s been accepted. My 2013 groups cheered for the 2012 debut authors as their books released, and they and the 2014 groups have been celebrating with us throughout this year. For example, The Class of 2k14 has been hosting a giveaway of our Class of 2k13 debut books. And recently the middle grade authors from the One-Four Kids Lit group posted reviews of all of the Lucky 13s middle grade debuts on their website. And in the New Year I’m looking forward to cheering for the authors whose debut books will release in 2014. It’s a perpetual celebration! 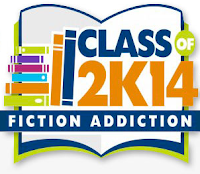 This debut year has been filled with many wonderful experiences and “aha moments.” One of the most enduring is that, while we may write alone, we don’t have to be alone. Every published author debuted at some point, and those who are pre-published will debut at some point. The 2016 groups will begin forming soon if that’s your debut year. If you haven’t found a home for your first story yet, there are many other ways to connect – both online and in real life – with other children’s writers who have things in common with you. And remember, when you get that call or email telling you that your story is fabulous and it will become a book that will find its way into the hands (and hearts) of children: Celebrate! Get that contract reviewed and signed! Start your edits! Then find your fellow debut authors who will share your journey!

In the mean time, I welcome you to follow my 2013 debut author groups and the upcoming 2014 groups and beyond. Join the fun - there's always something new to celebrate - the party will go on and on!

Tamera Wissinger is the author of GONE FISHING: A Novel in Verse, which arrived last March from Houghton Mifflin Books for Children. Two of her picture books: THIS OLD BAND and THERE WAS AN OLD LADY WHO GOBBLED A SKINK from Sky Pony Press will arrive in 2014 and 2015 respectively.